For his sixth solo exhibition at the gallery, Gedi Sibony has combined salvaged materials fashioned into objects, staged within and among the remnants of temporary walls from the previous exhibition, guiding visitors through a symbolic sequence distributed in broad blocks of space. 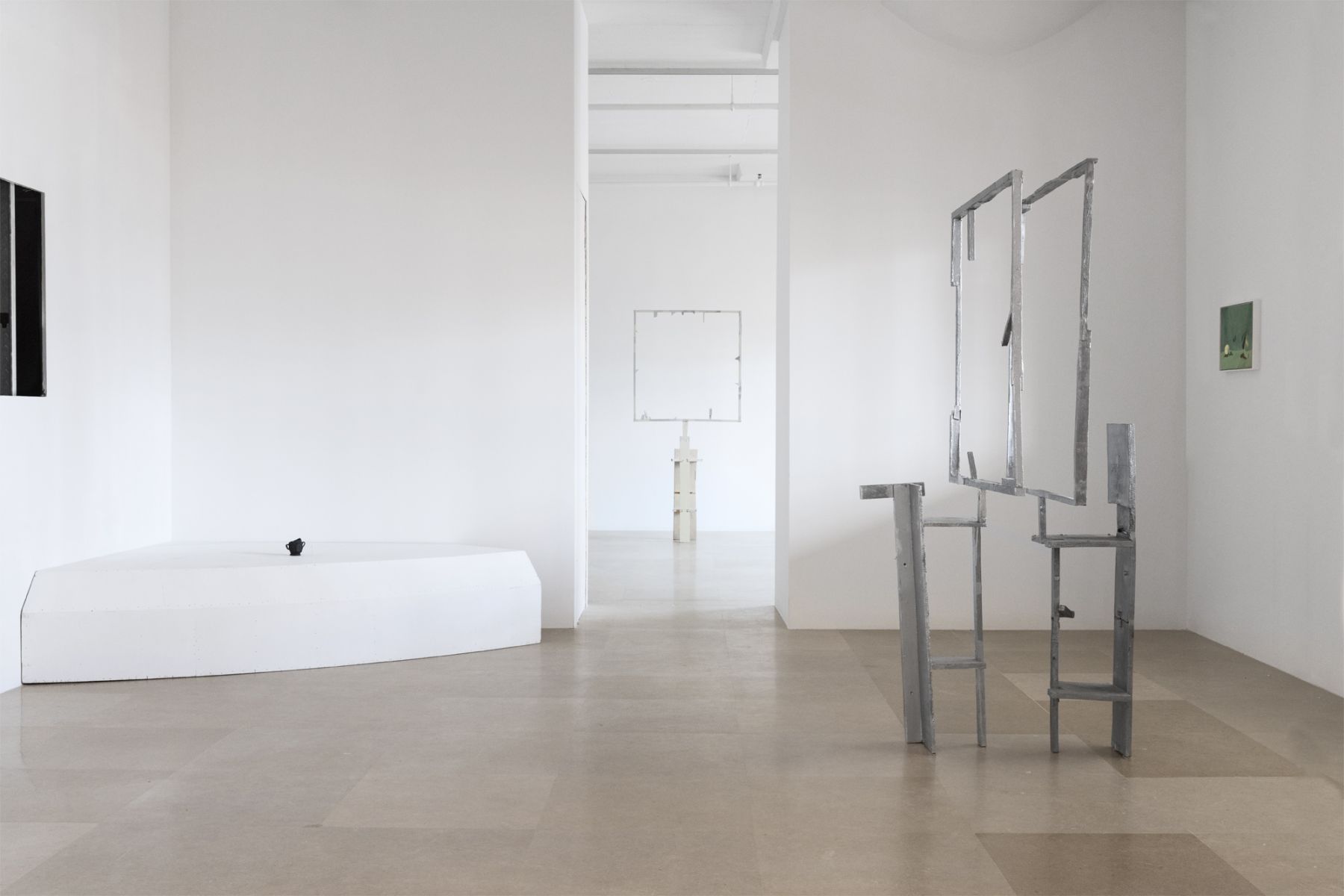 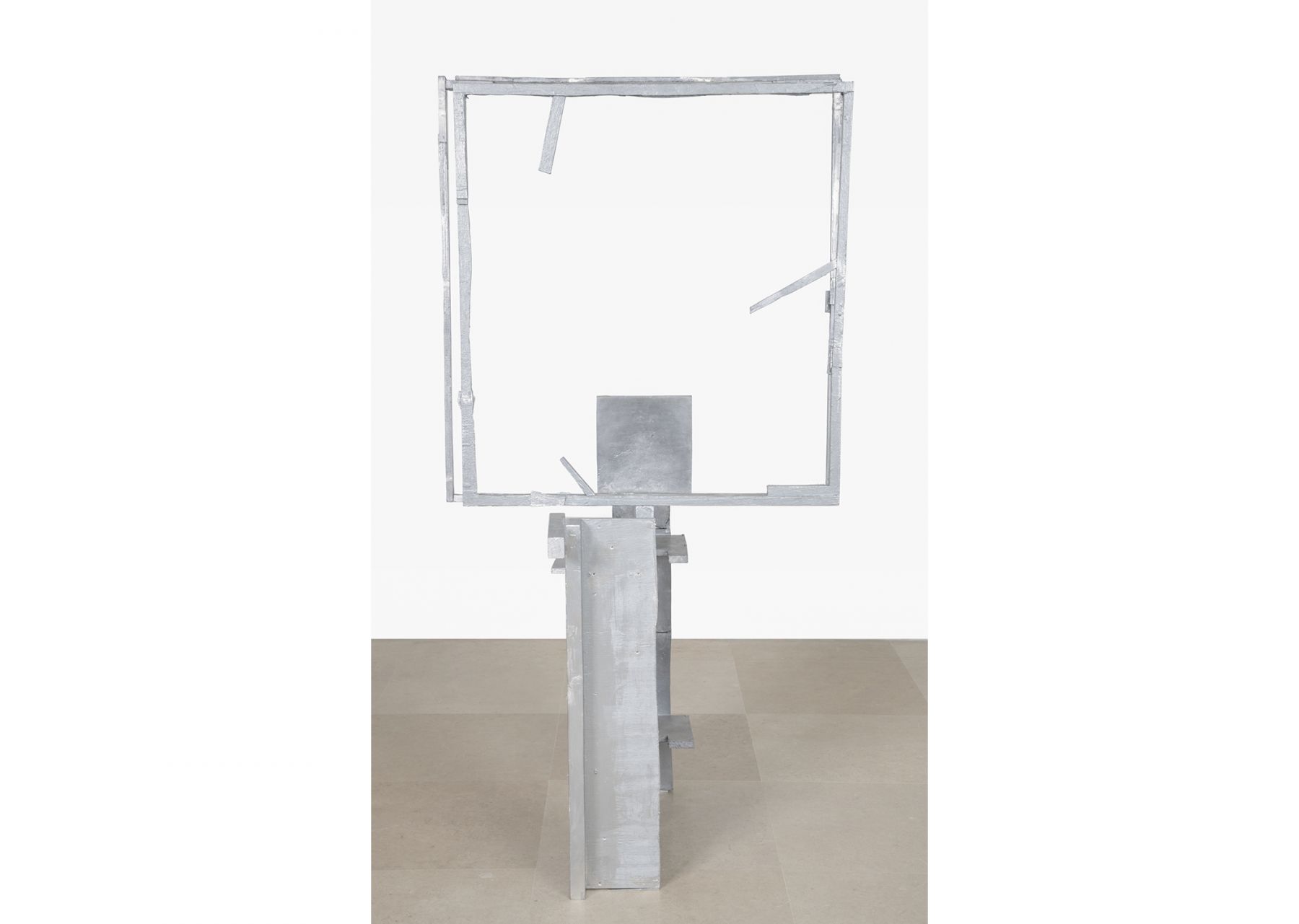 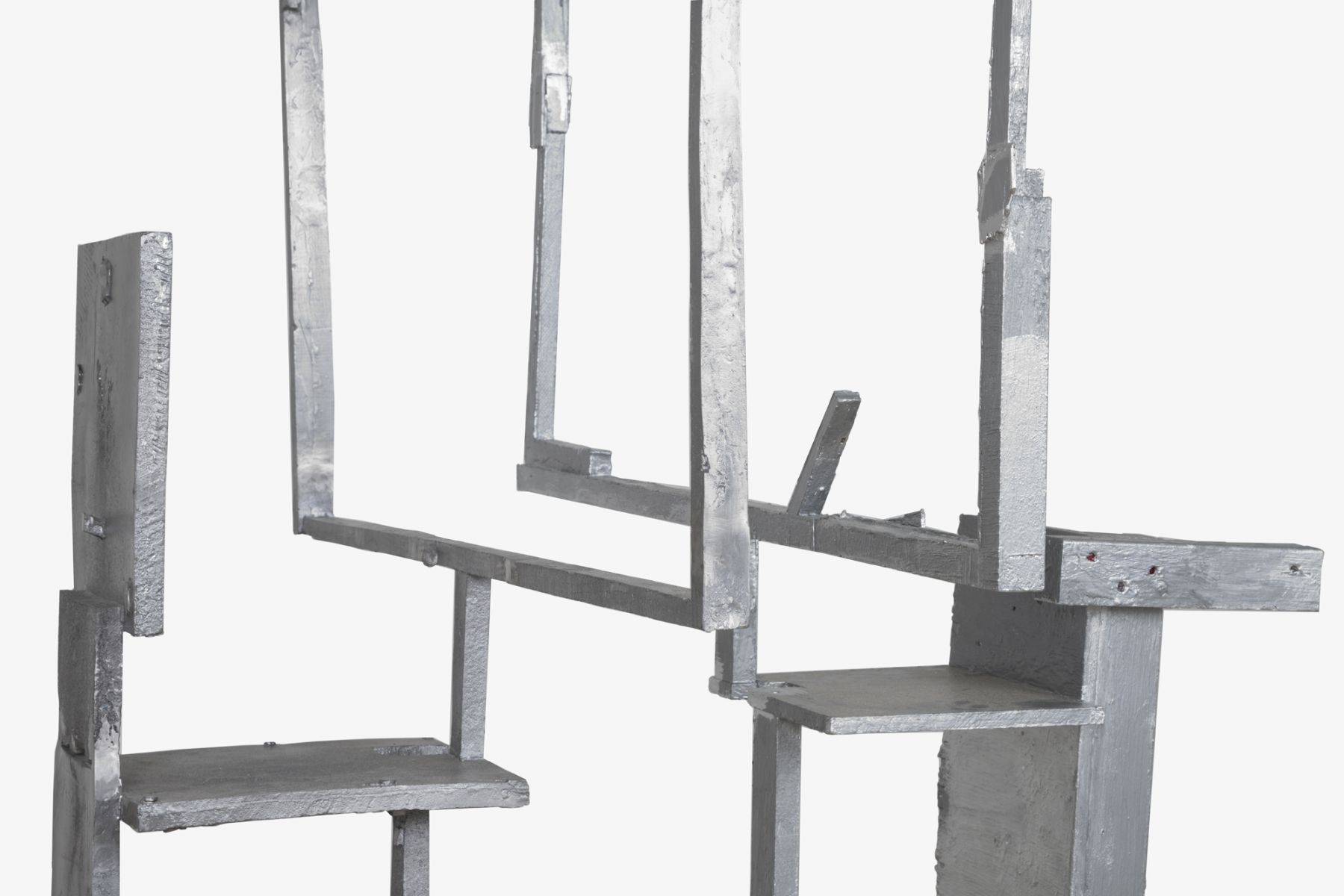 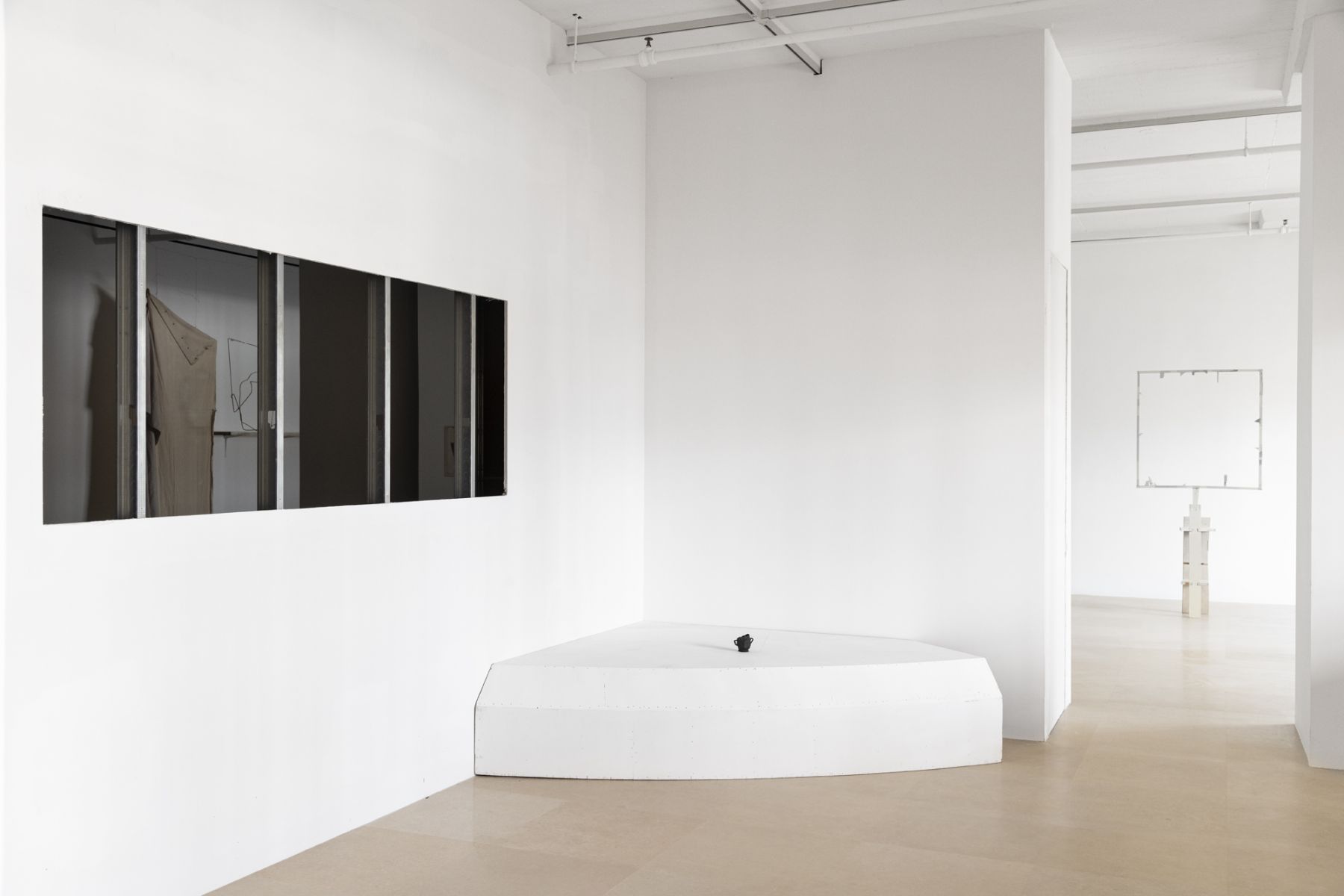 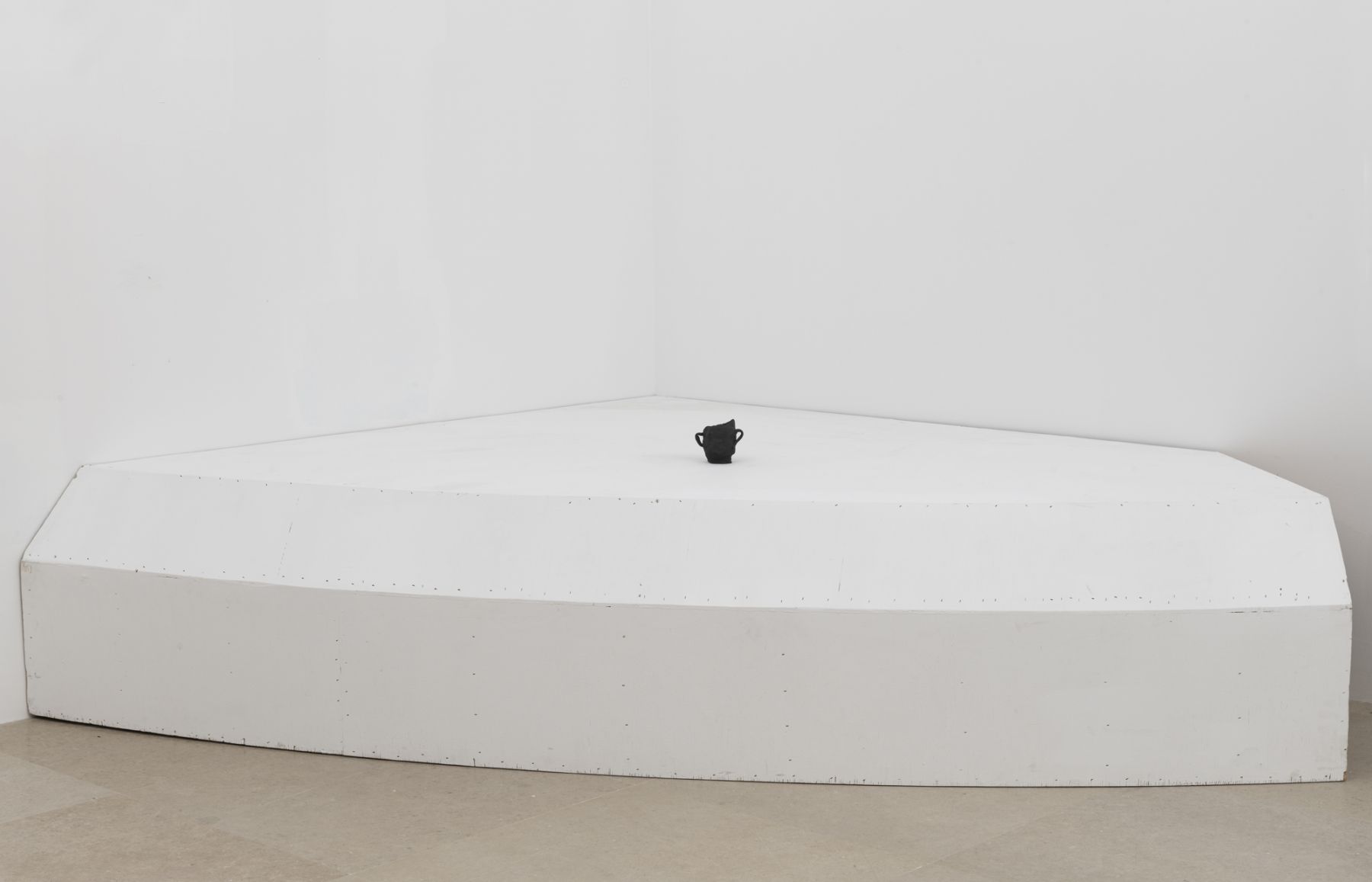 Both the elaborately figurative ornamentation and the architecture of its galleries and passageways must be understood in light of their functional purpose: to provide a summarizing expression that unfolds itself into sensually tangible coherence. Encounters with discrete objects are integrated with the experience of moving through the gallery, from different viewpoints that cut across and through the layered objects and spaces. The entrance is made ceremonial and allows for visualizations and associations. 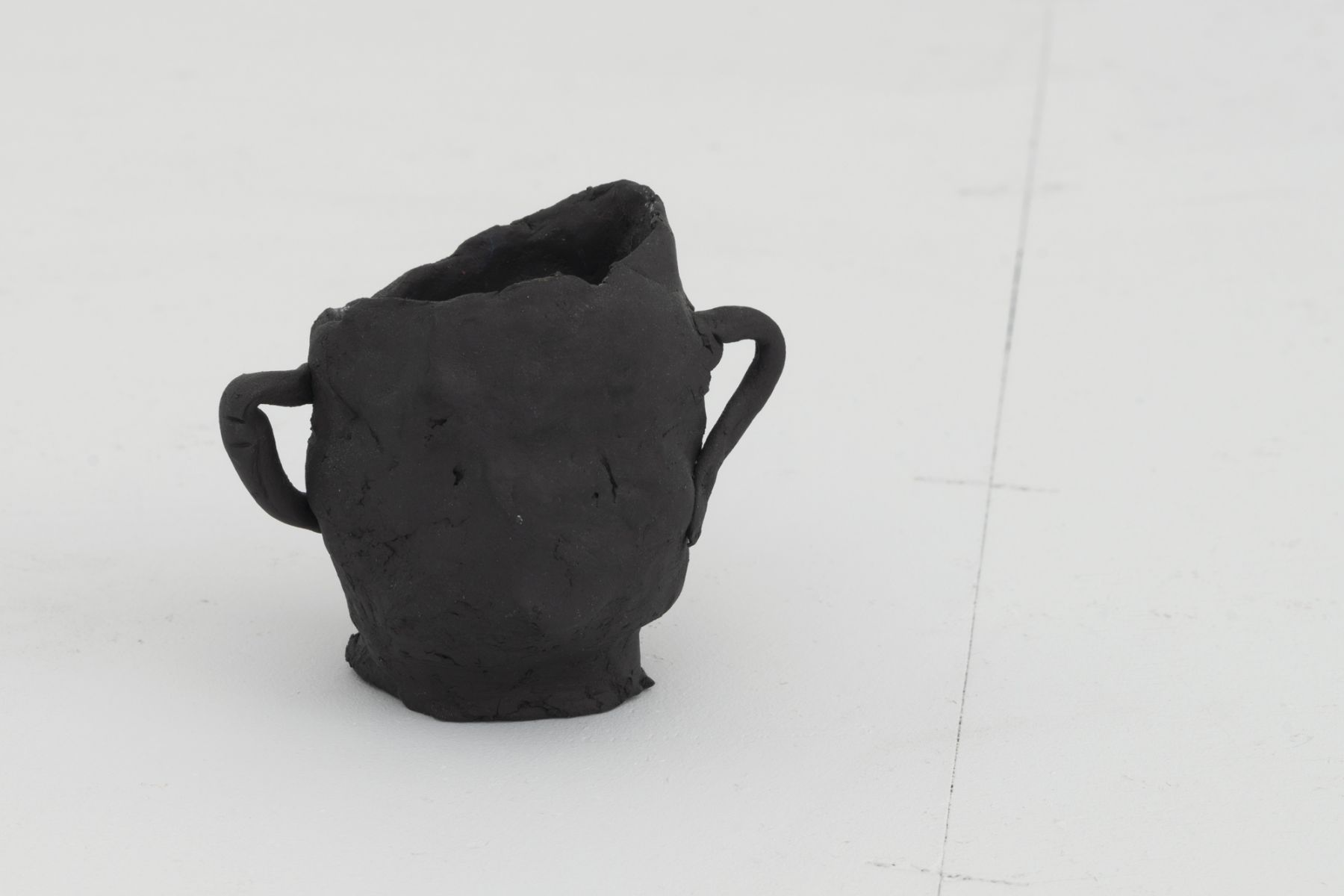 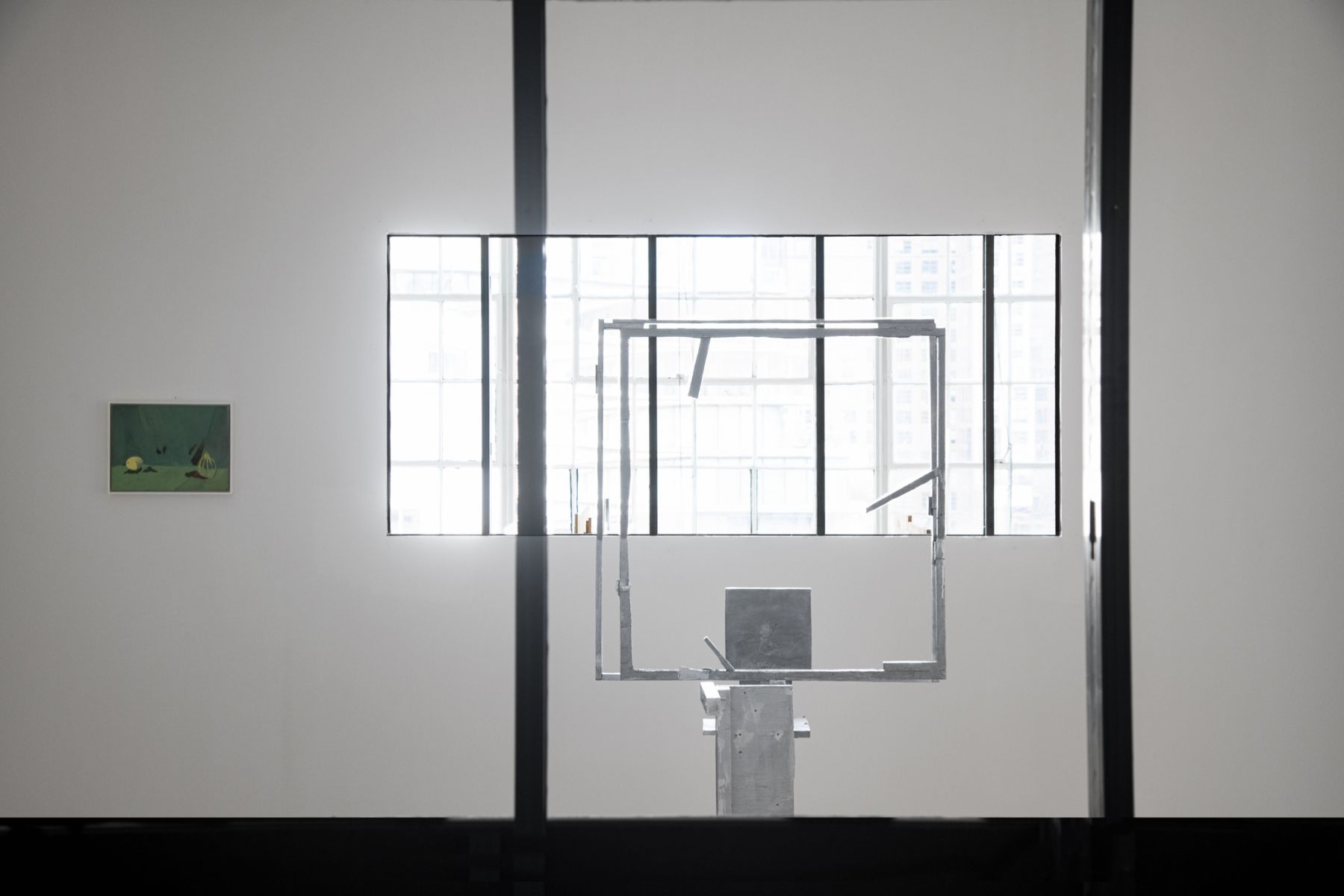 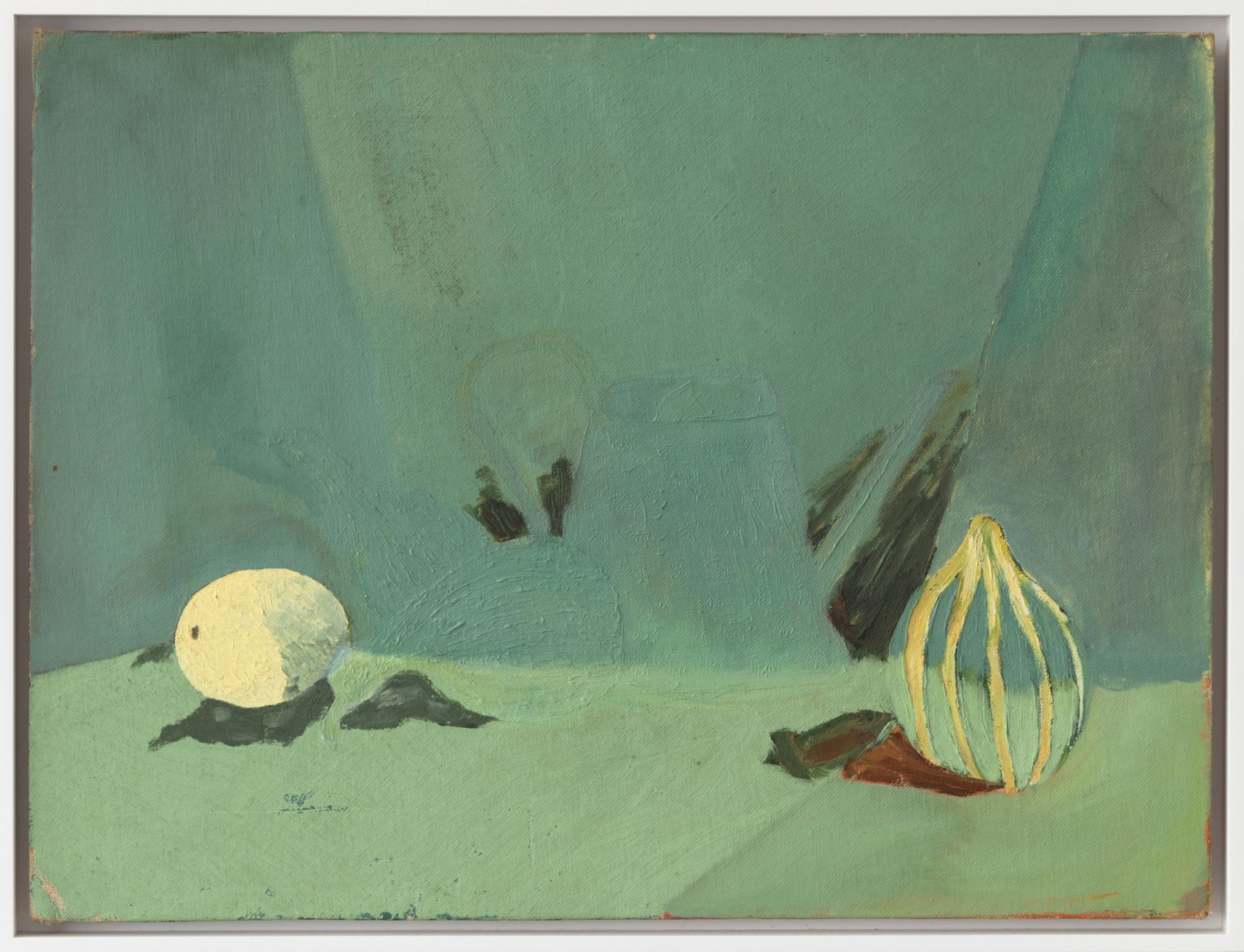 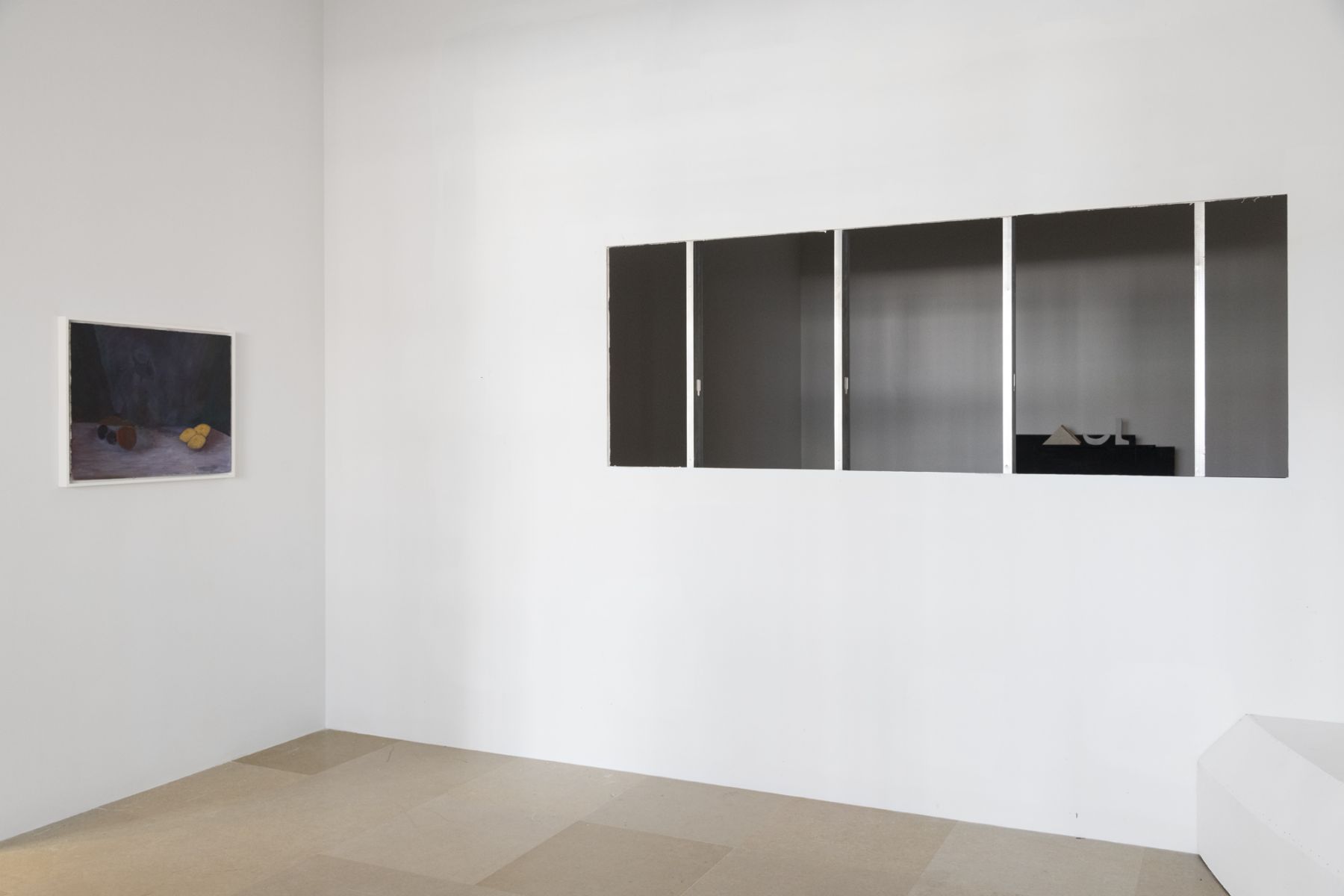 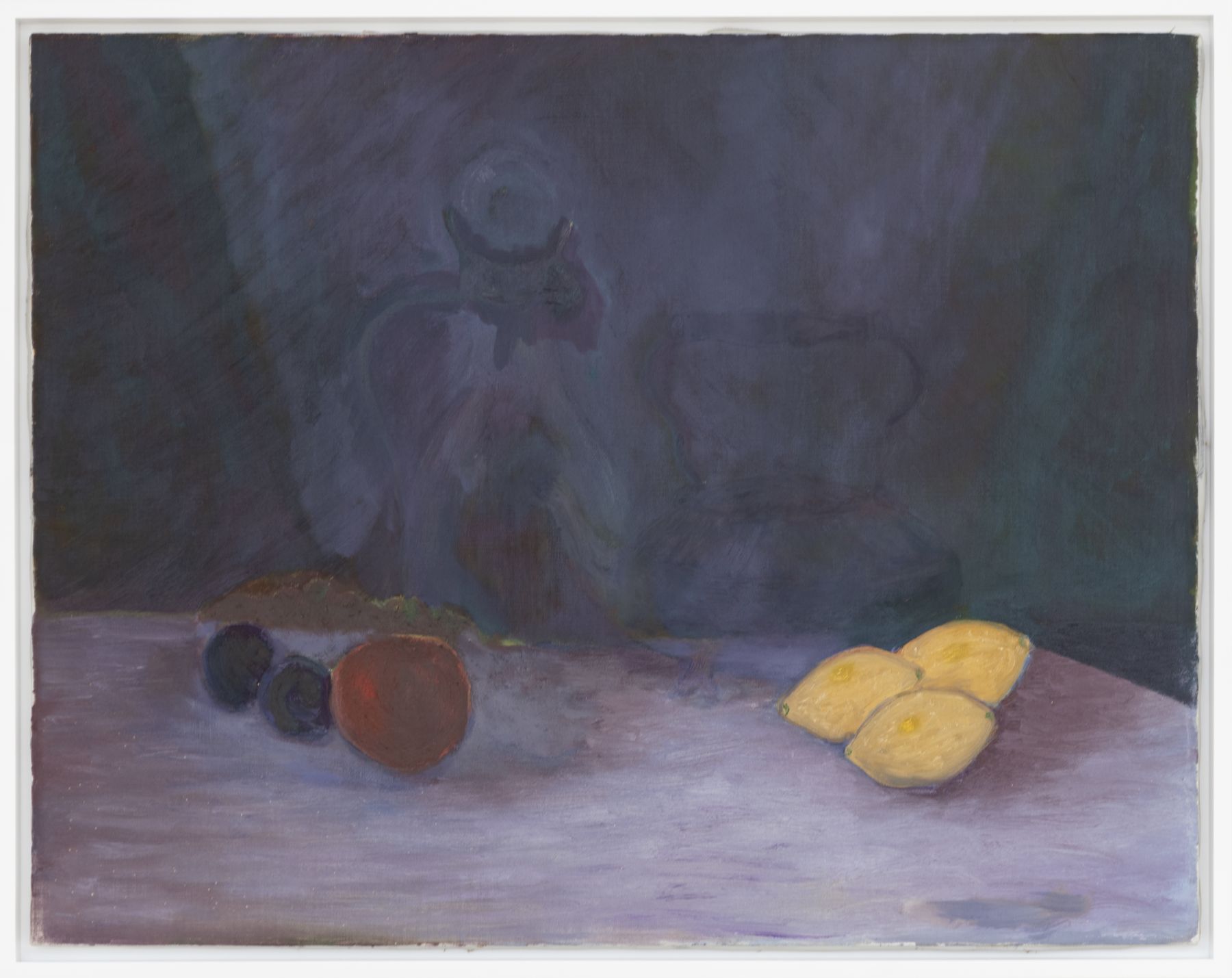 The space is divided into three intersecting spheres. The central axis, broken into two progressively growing chambers, invokes the temporal aspect of reality. The forward trajectory and the holding of beliefs. As the middle space, it could be seen as a formulation of the corporeal essence as it seeks understanding, experiences death. In the outer terrace by the windows, a series of wooden desk-like sculptures repeat in a shifting serial format that reveals a strange compositional logic. The space furthest from the windows is dark and inaccessible, dramatizing the frontal aspect of the vignettes within. 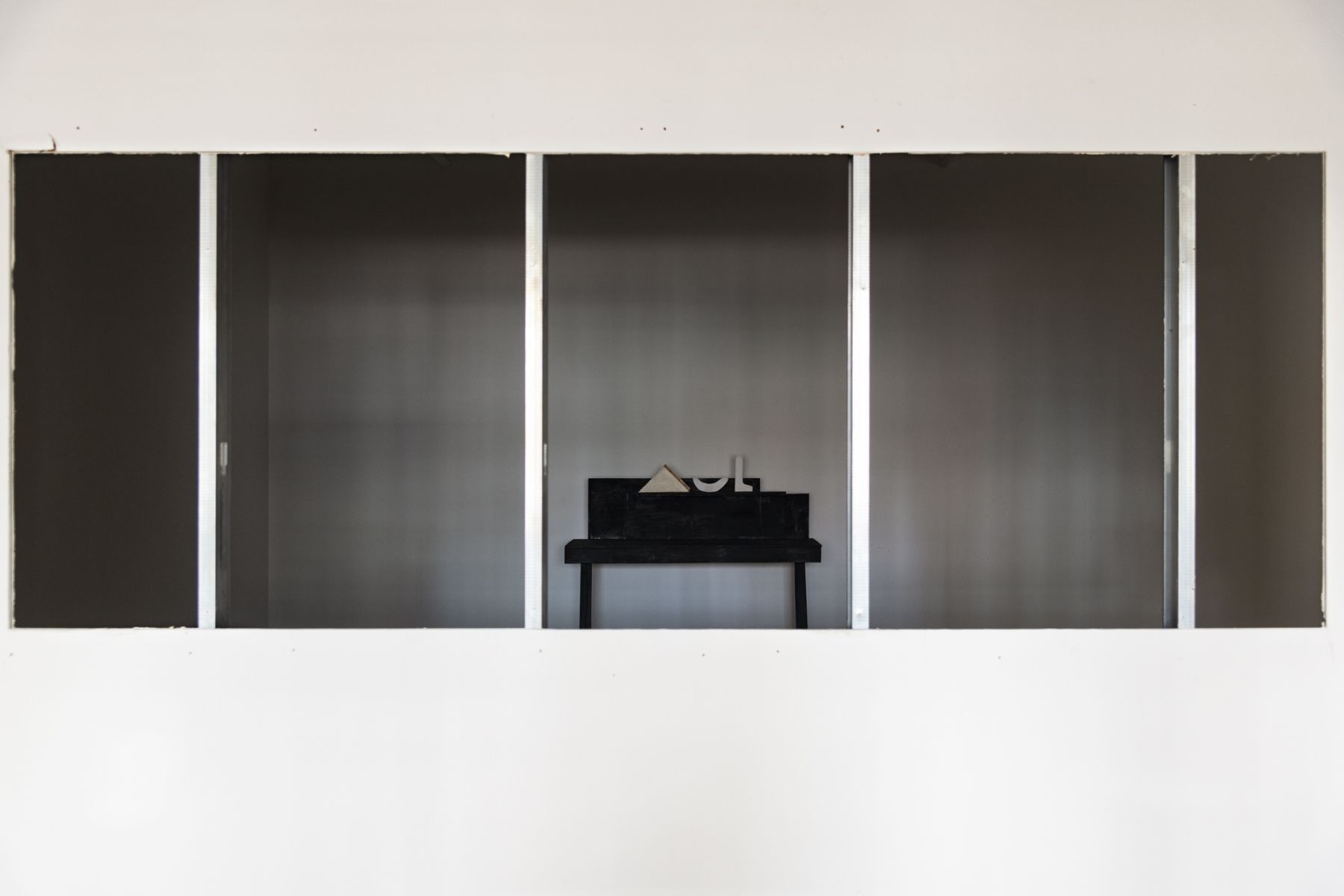 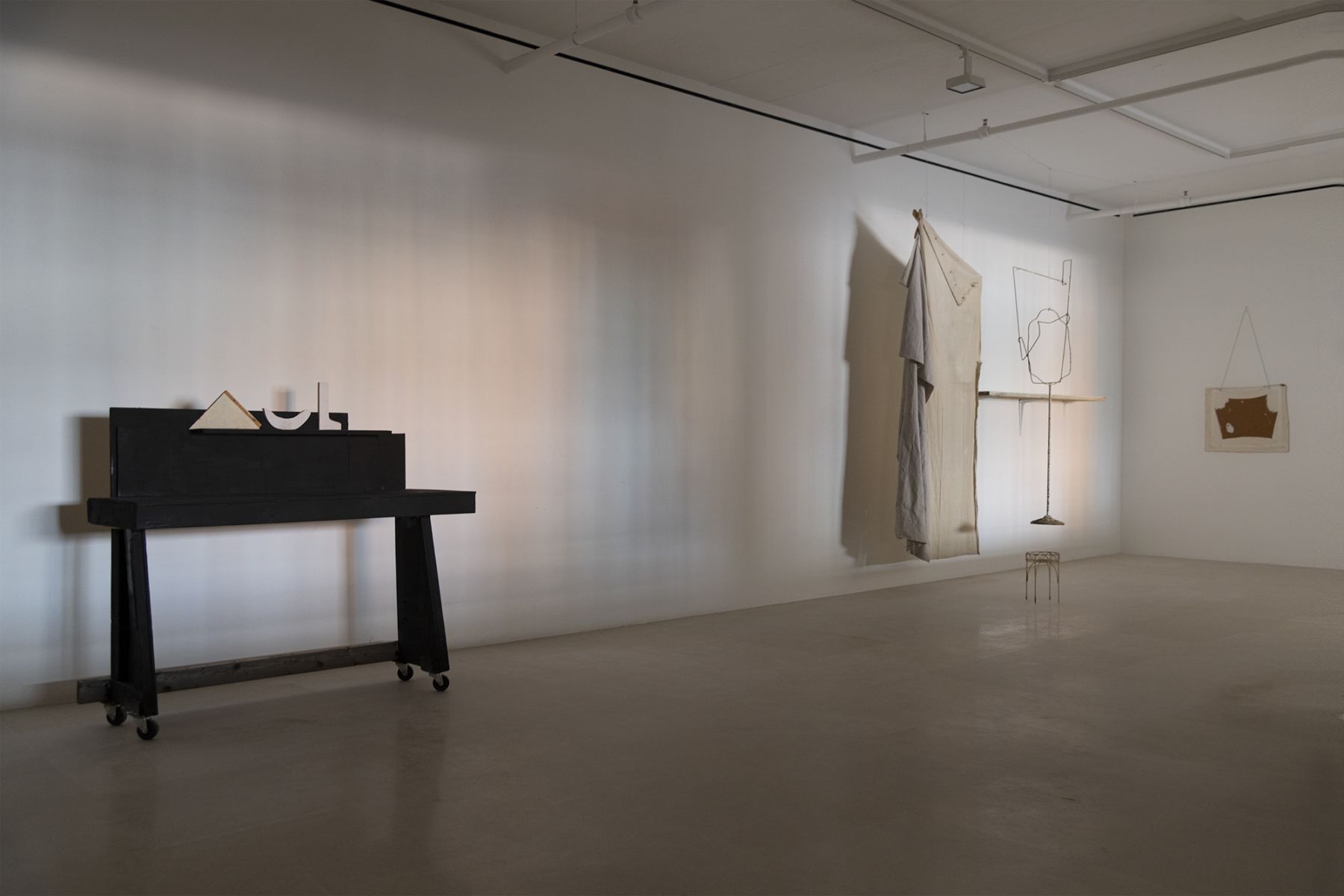 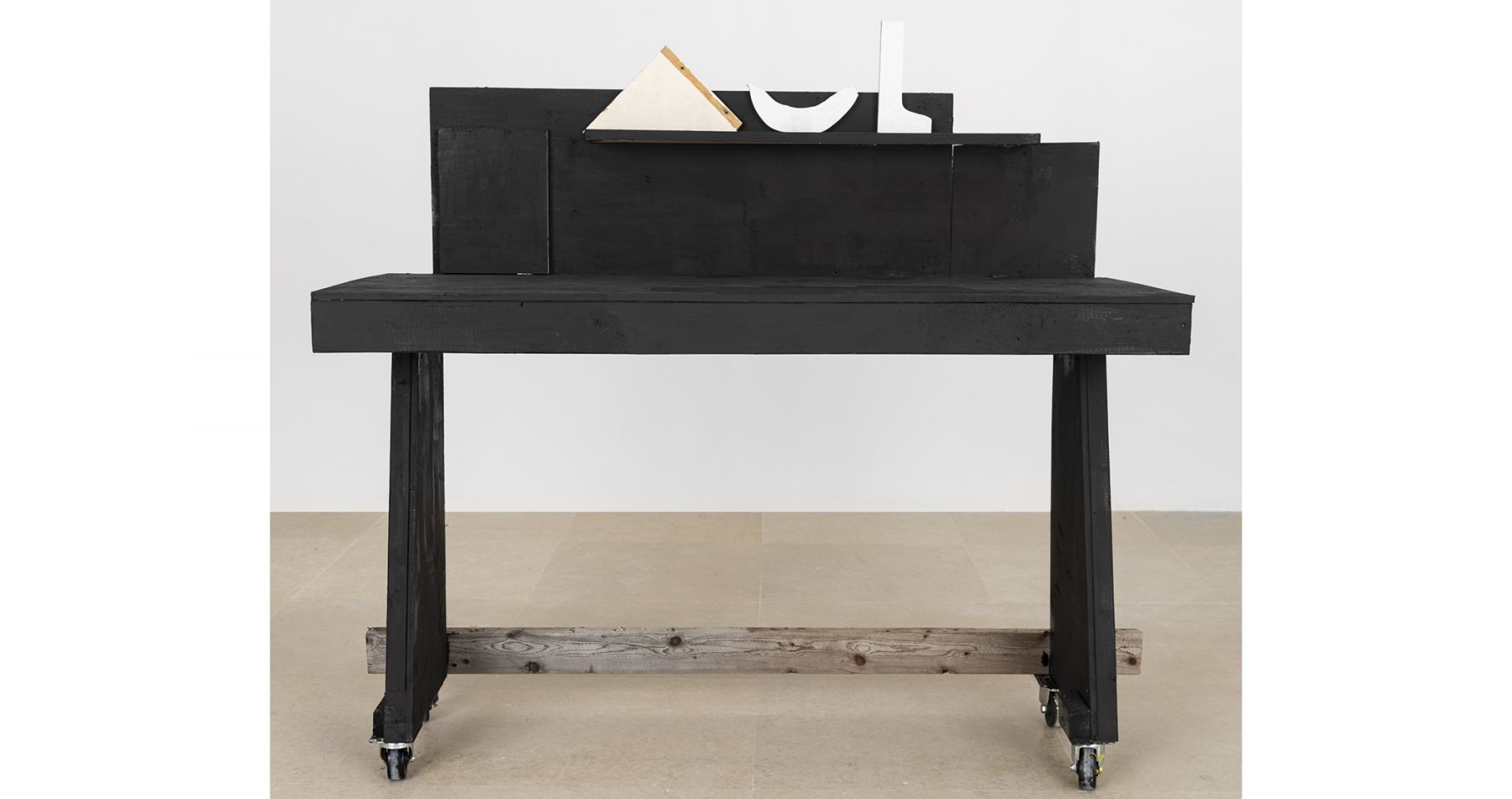 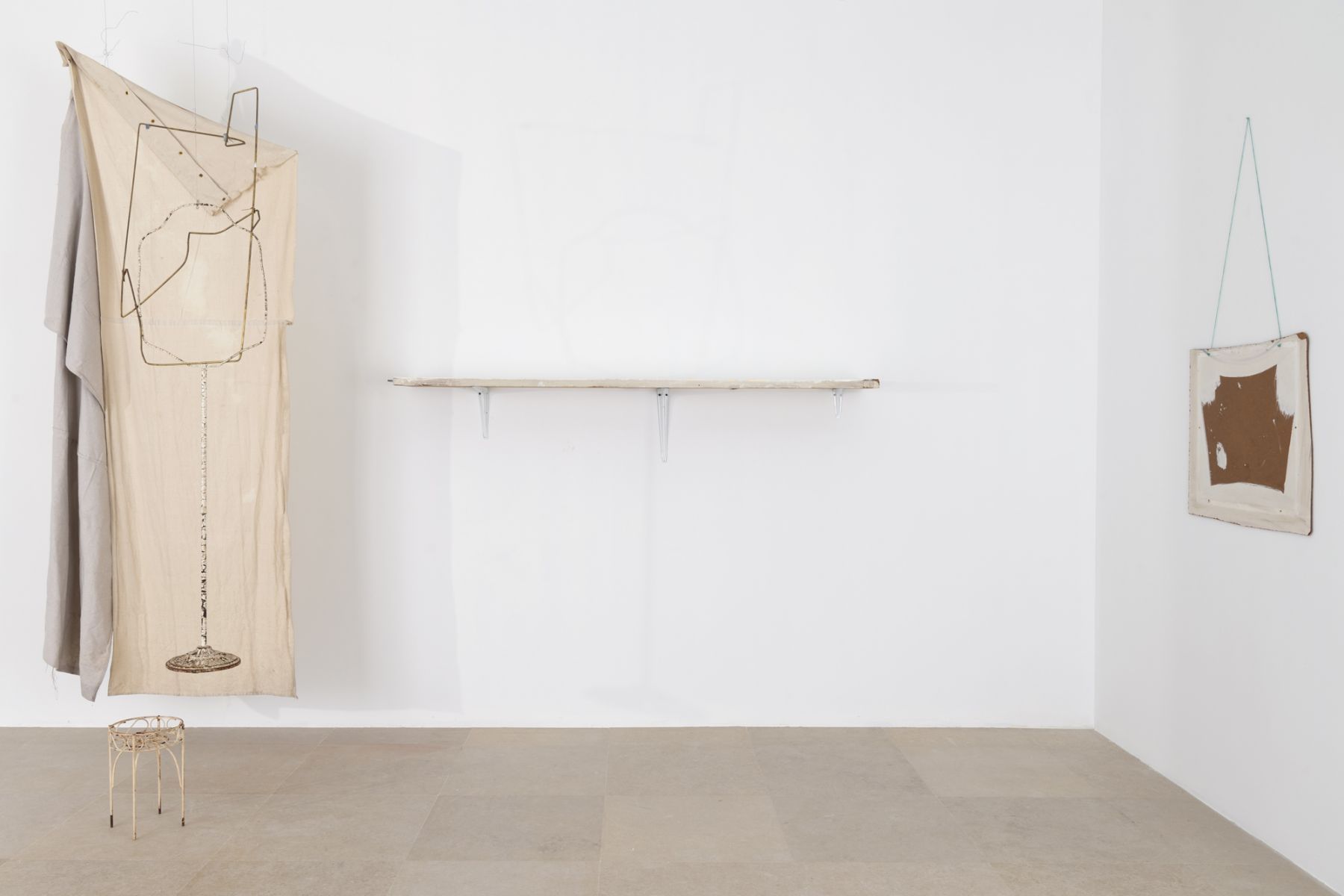 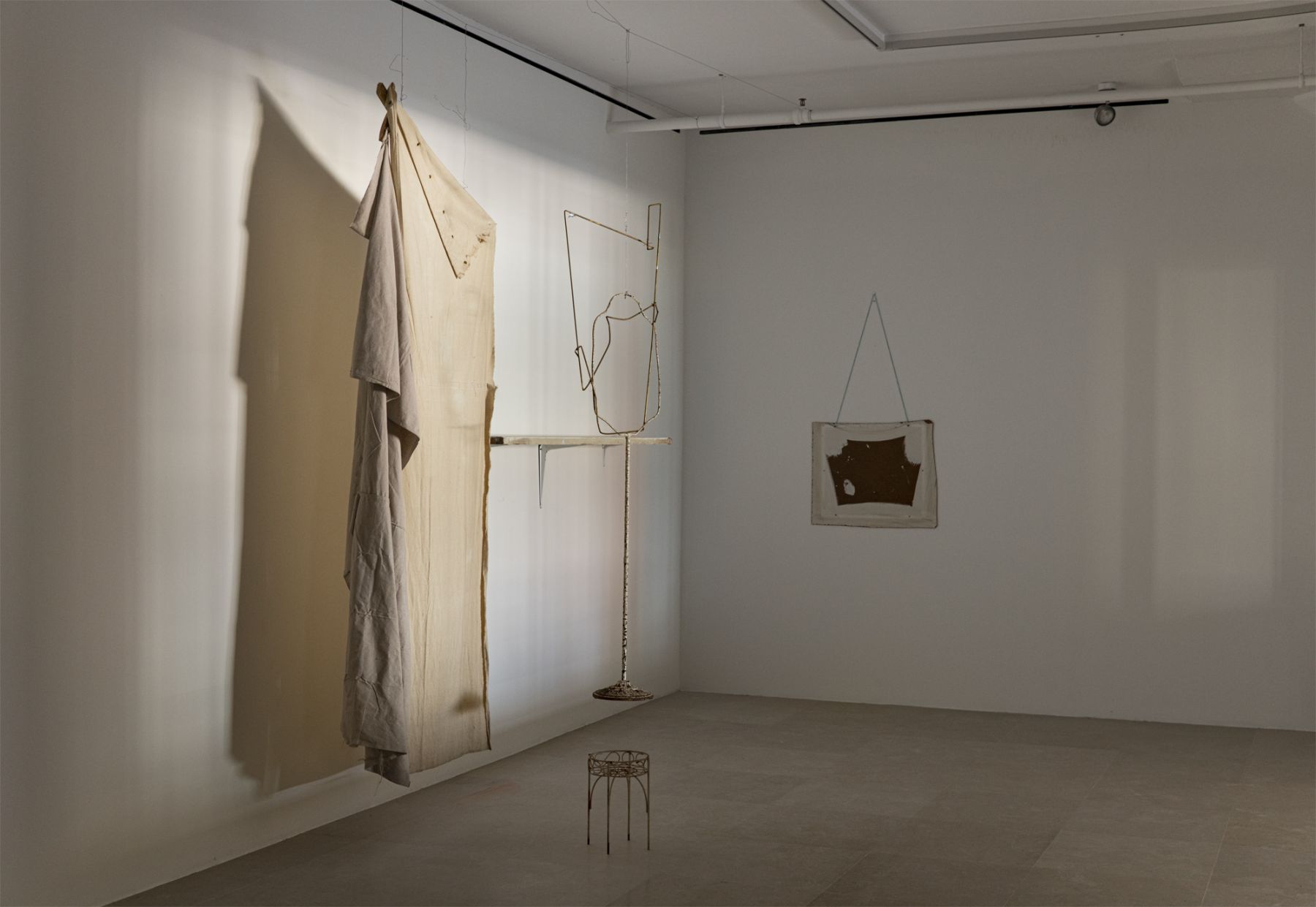 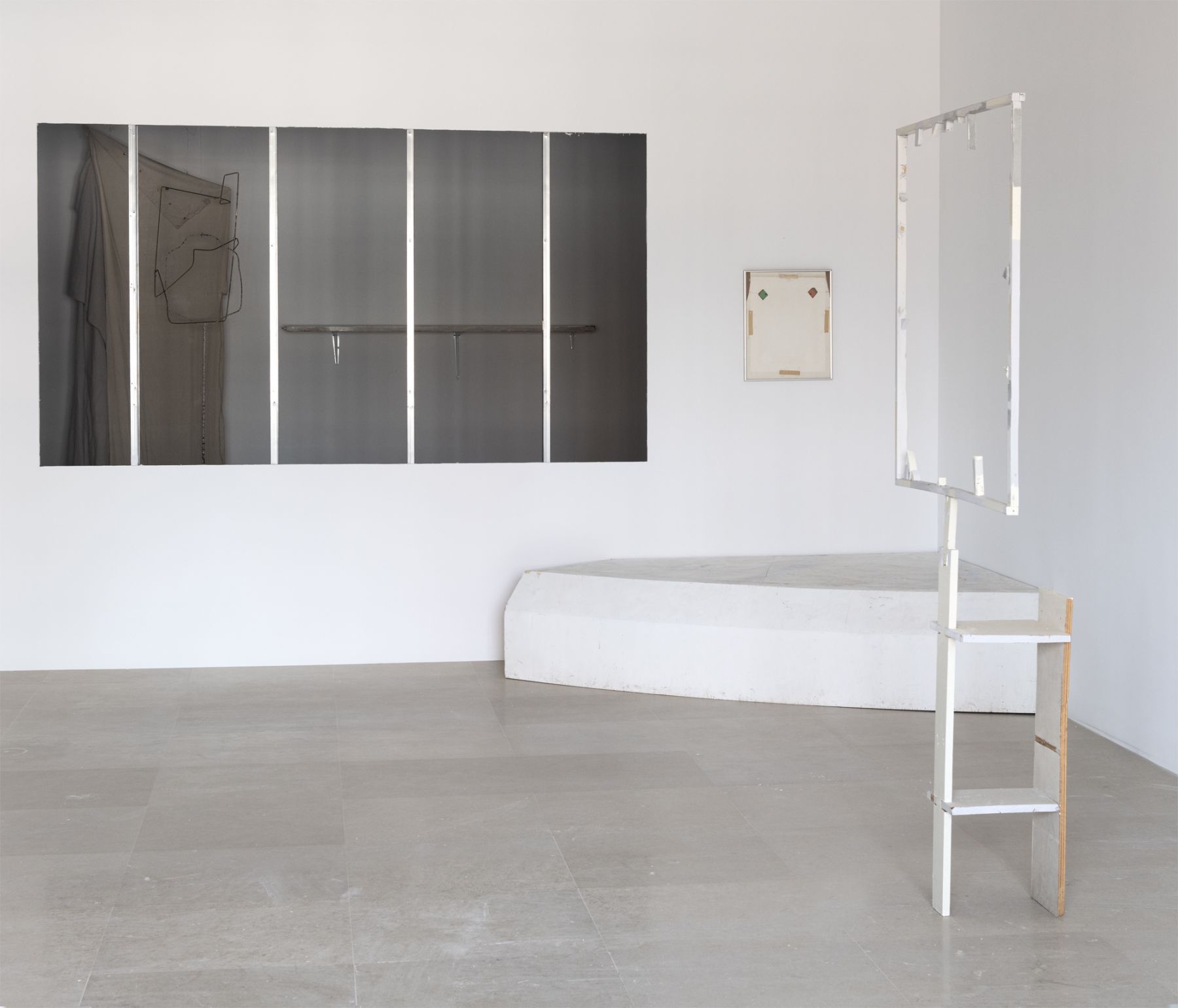 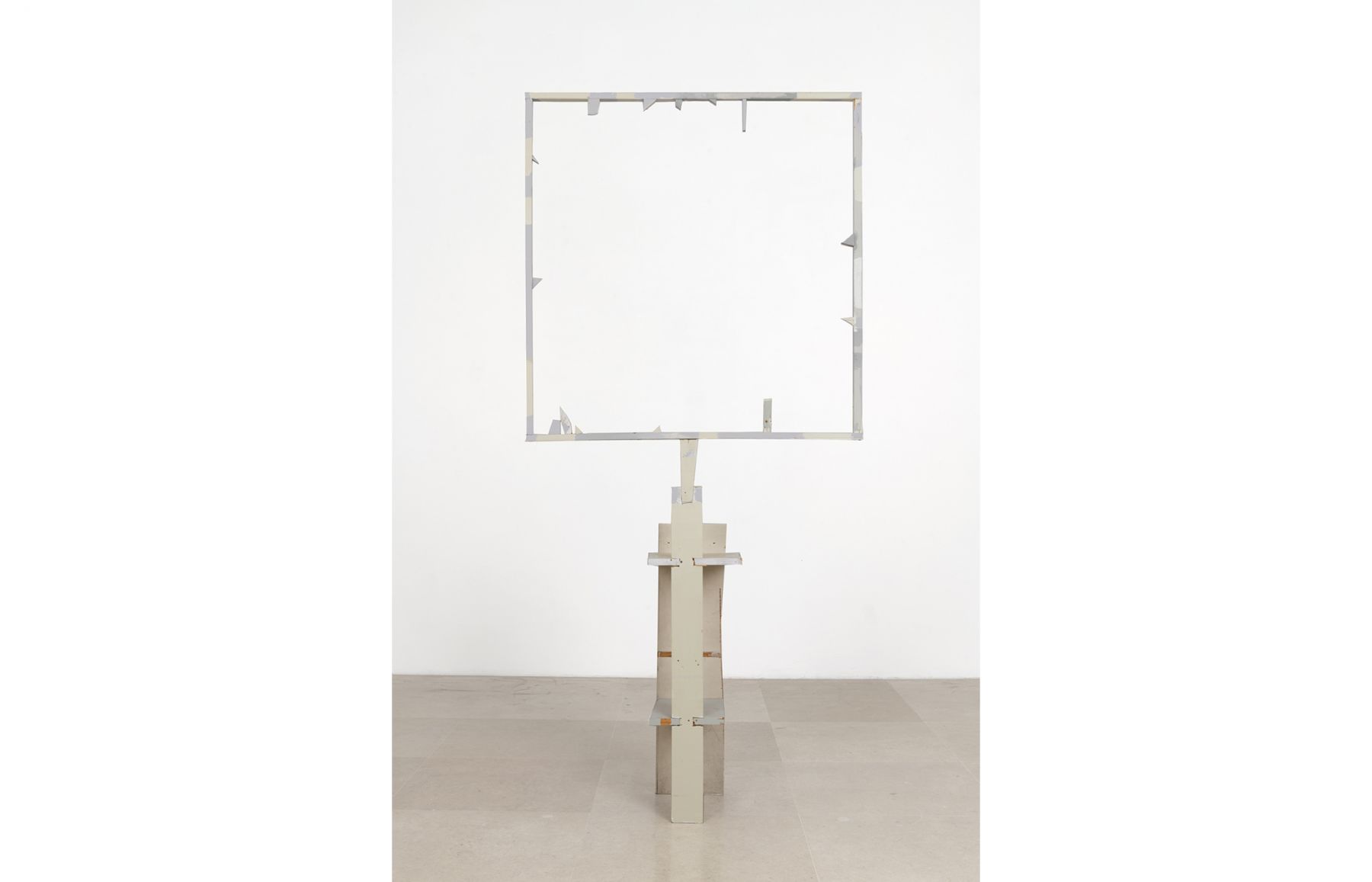 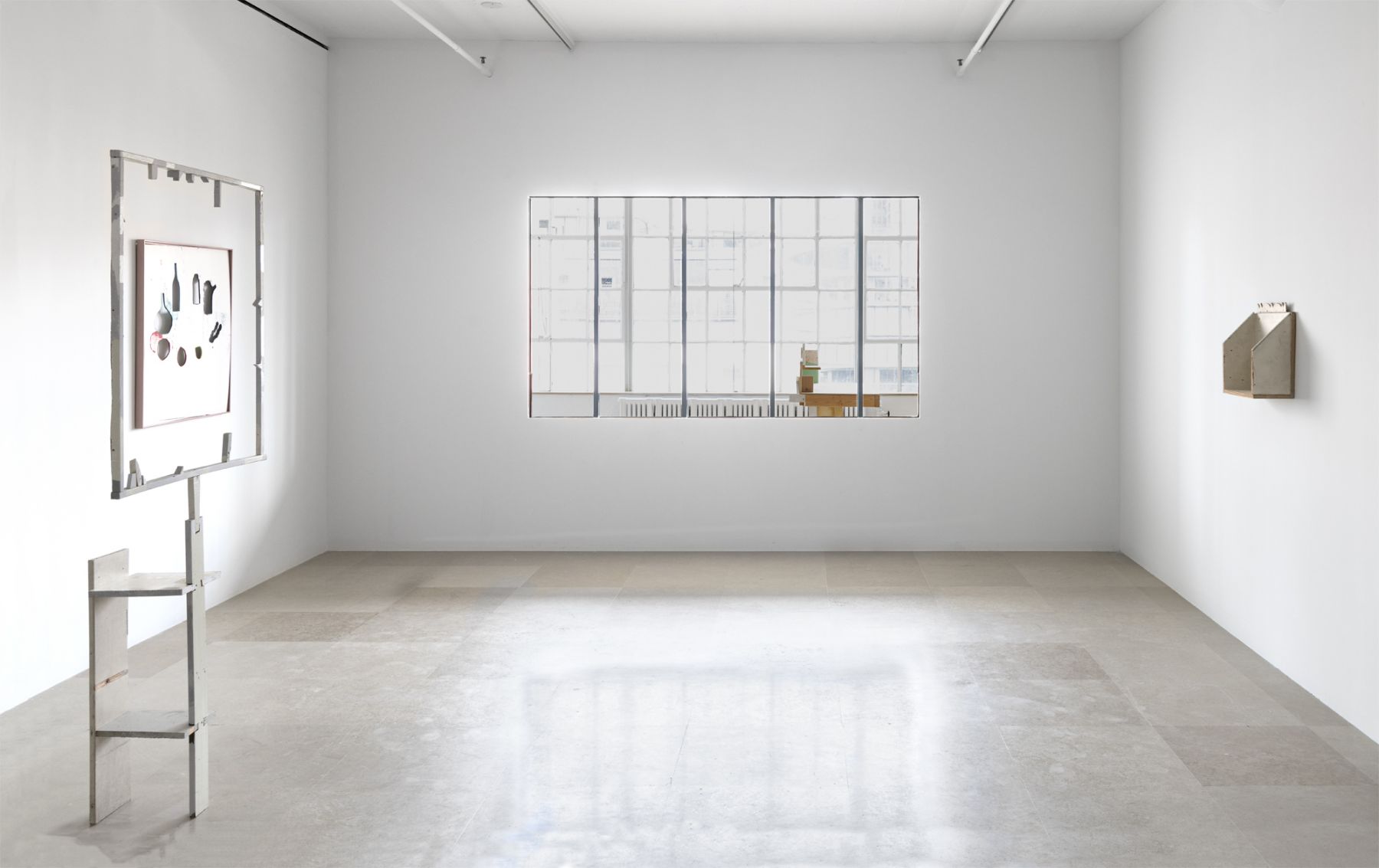 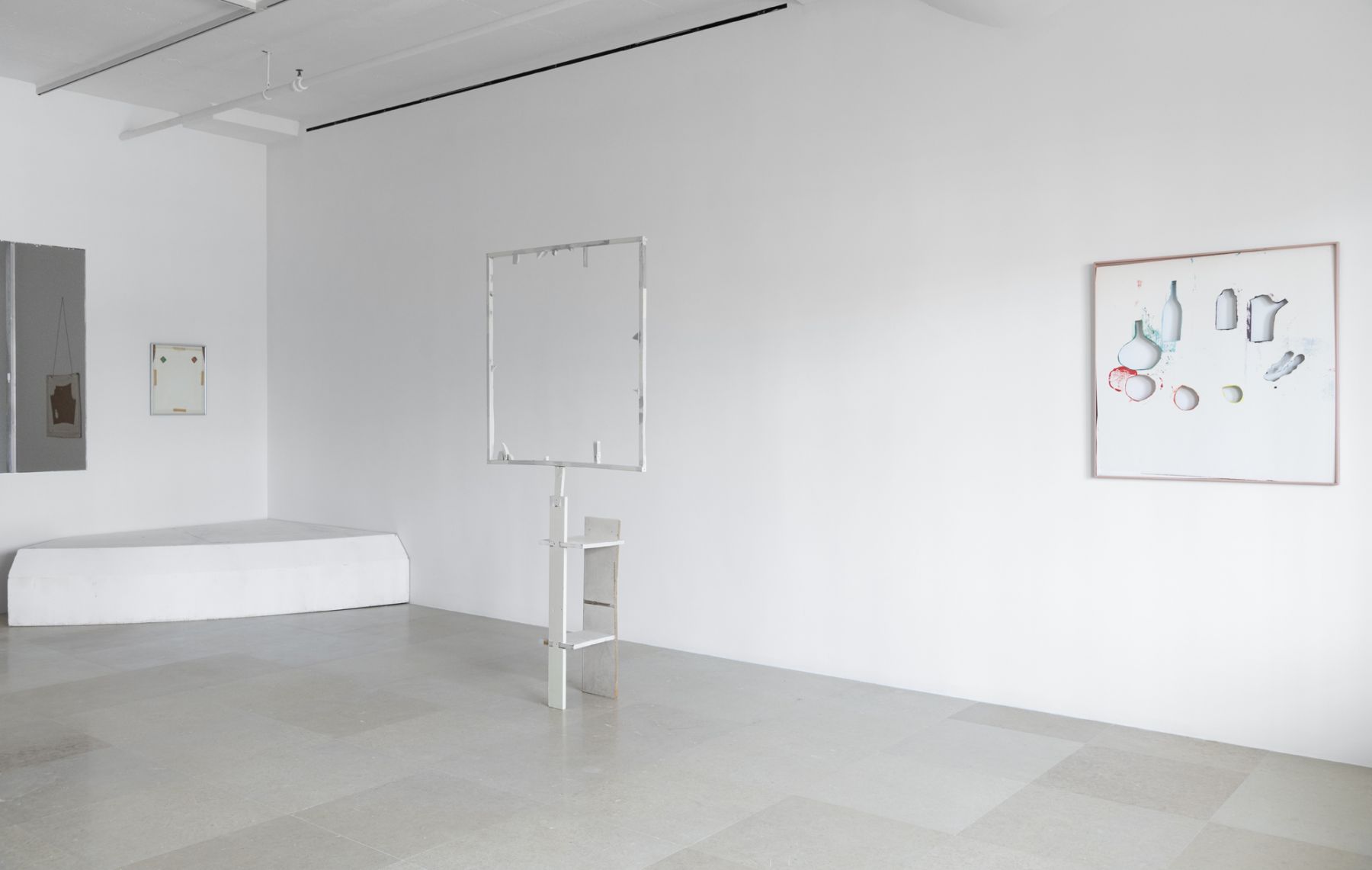 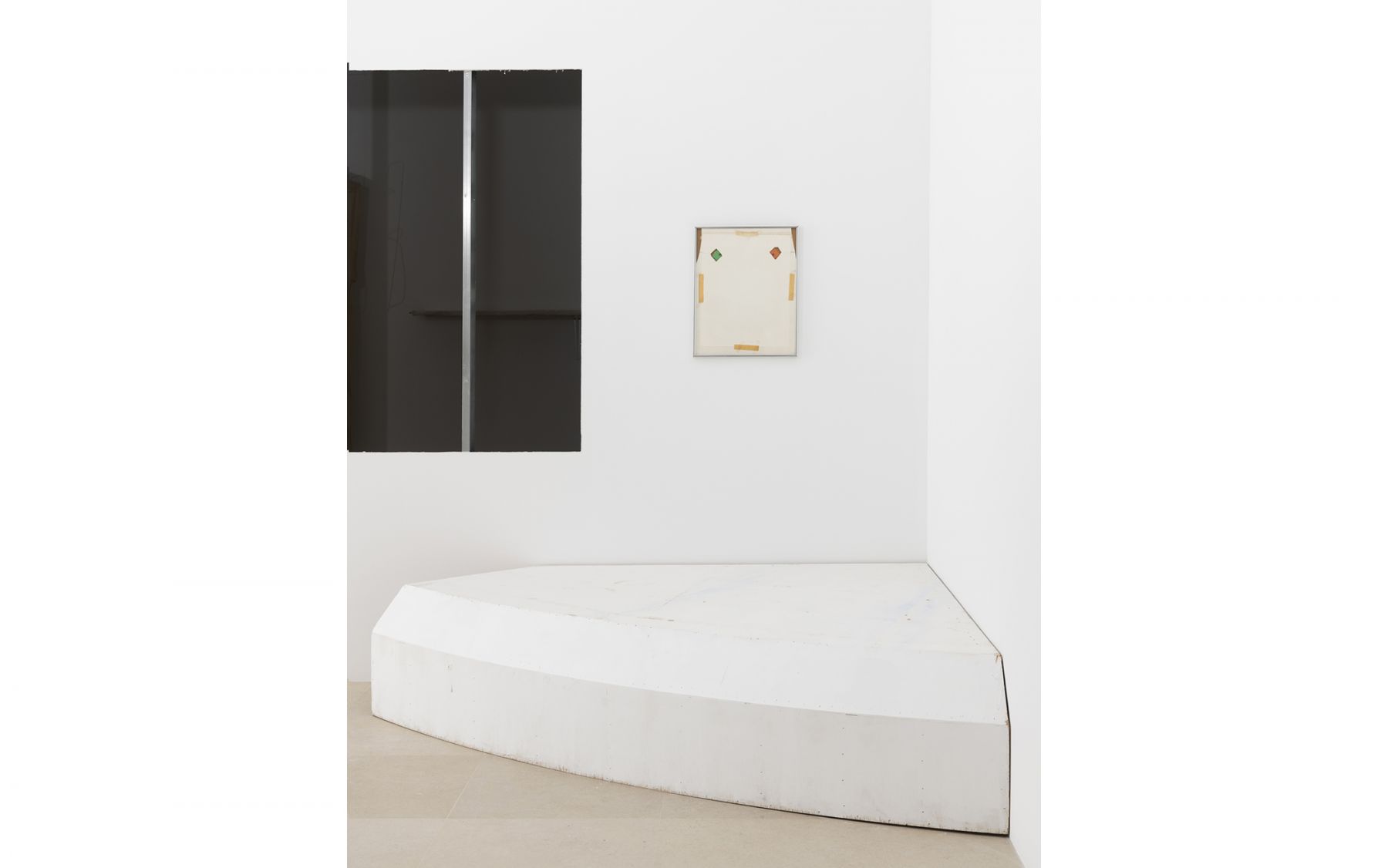 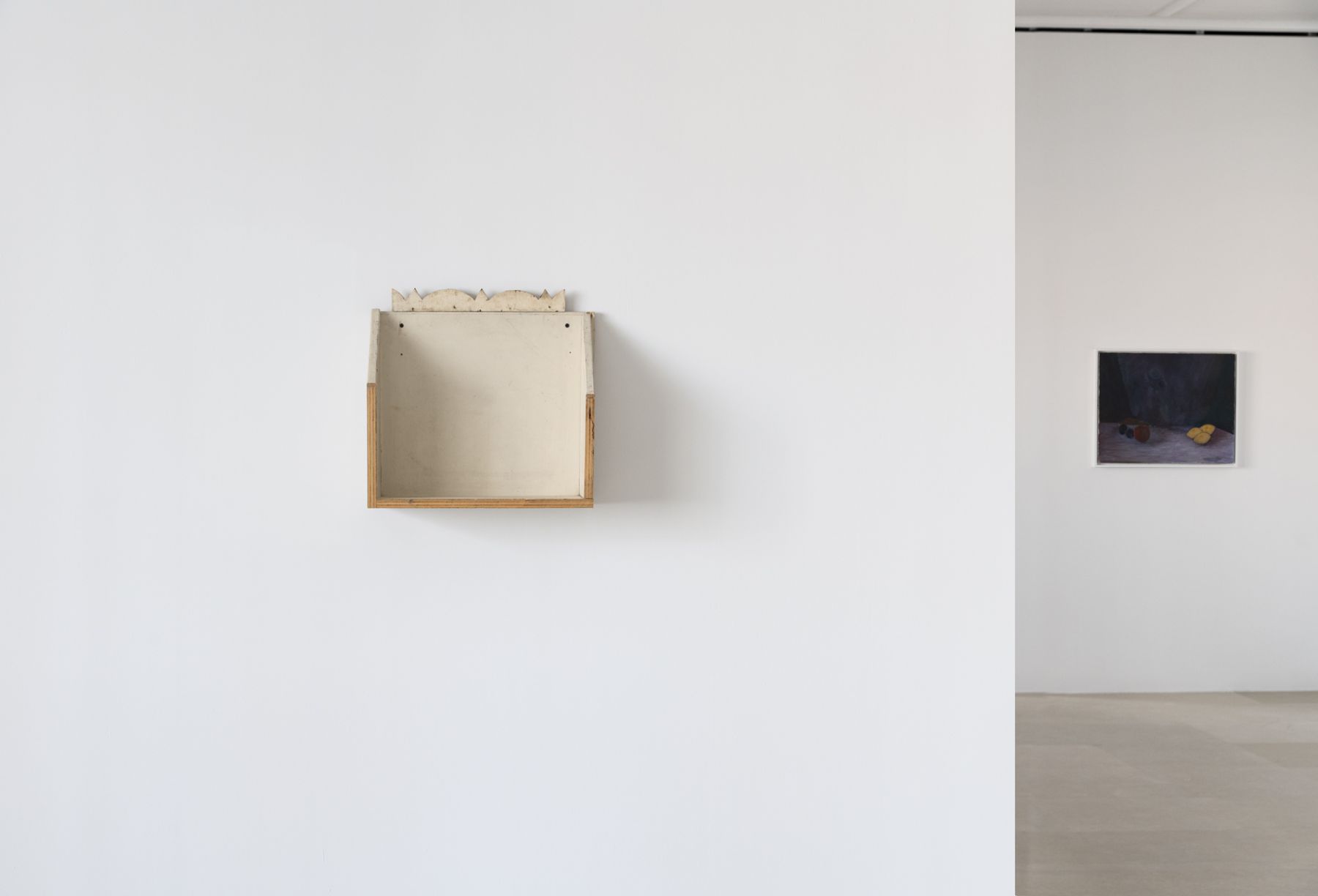 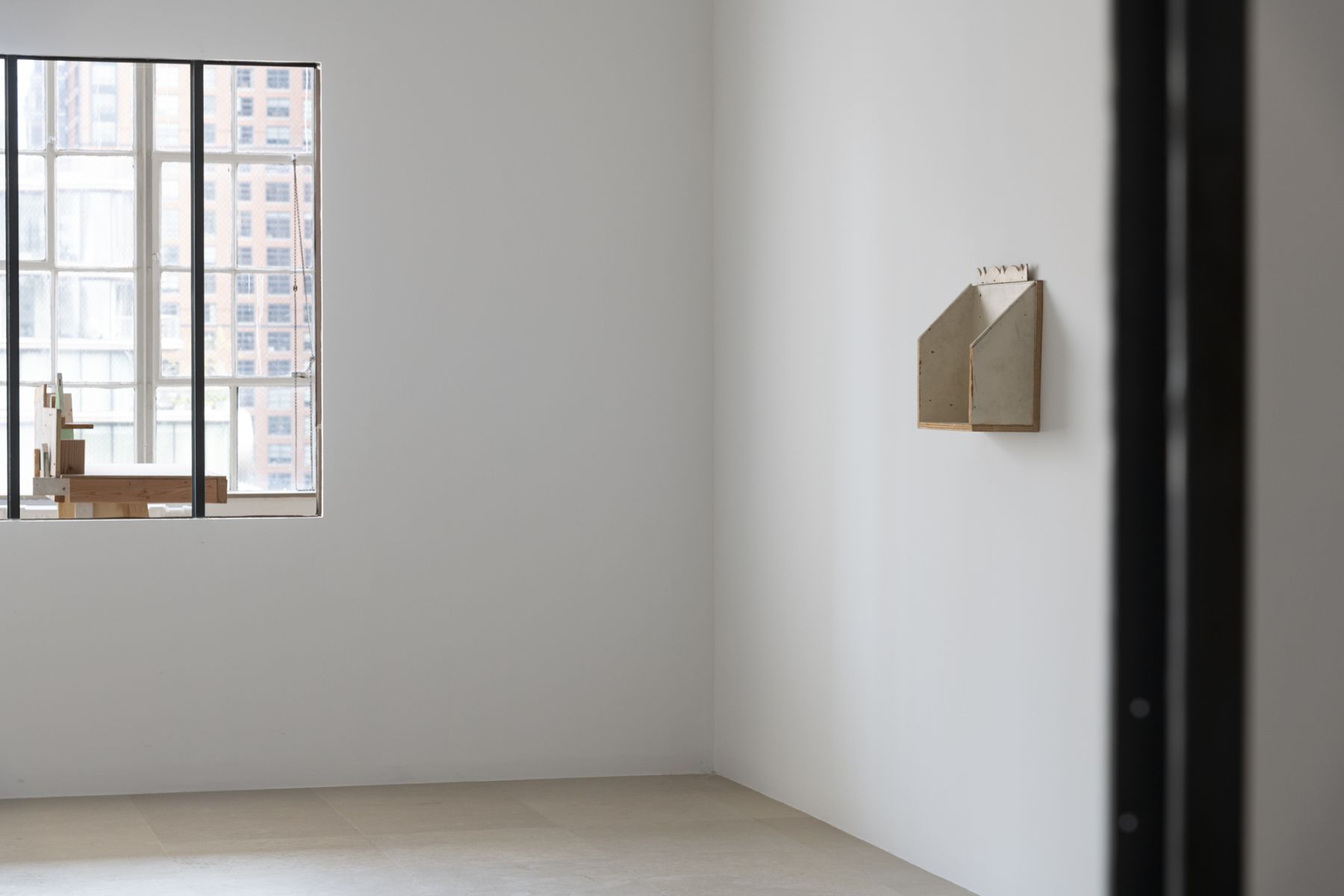 As a rough map, the guidelines presented here should be abandoned at the trail head, and only serve the purpose of overview and approach. It is the inner space of the advancing visitor that brings the mute structure to life. 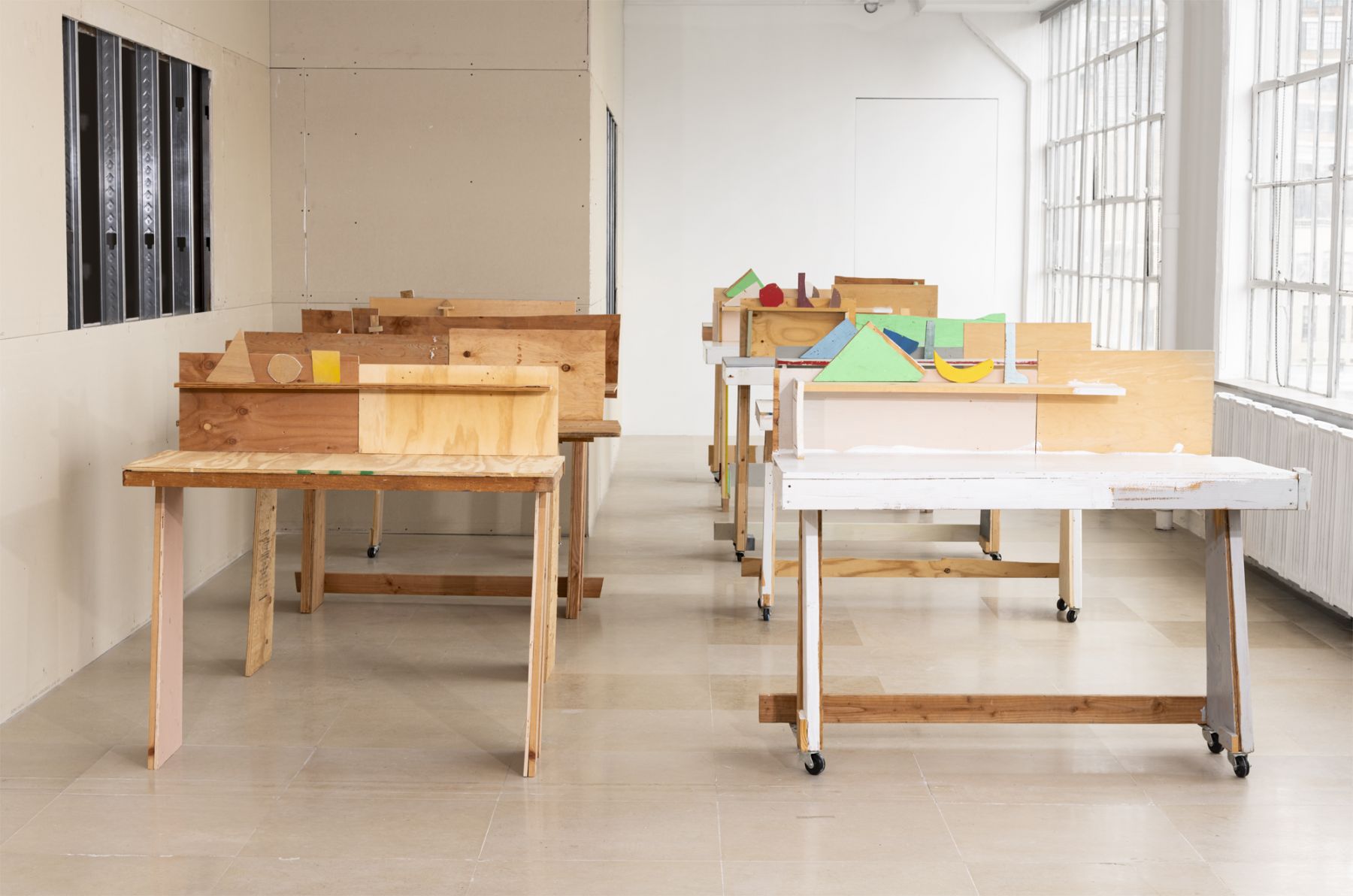 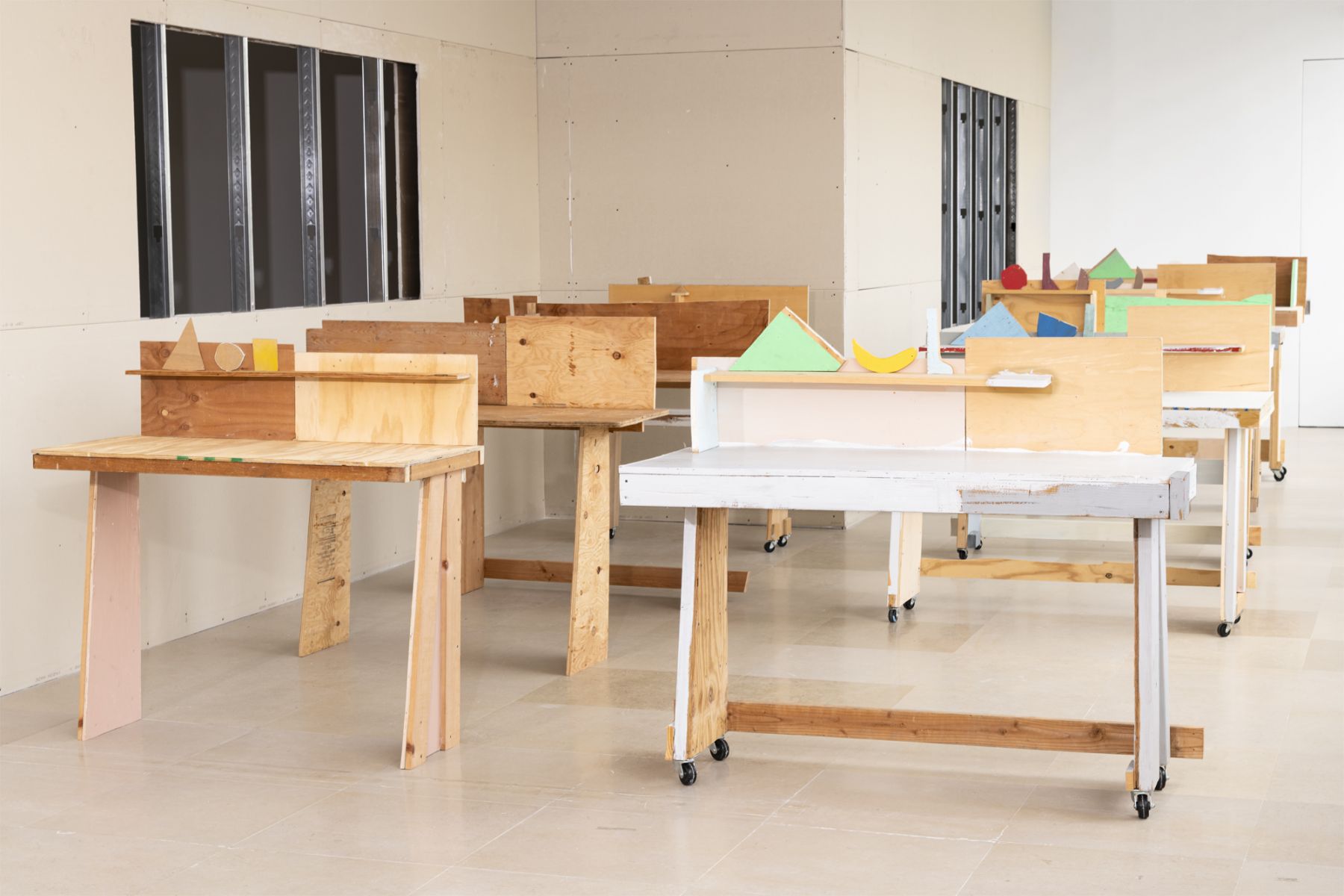 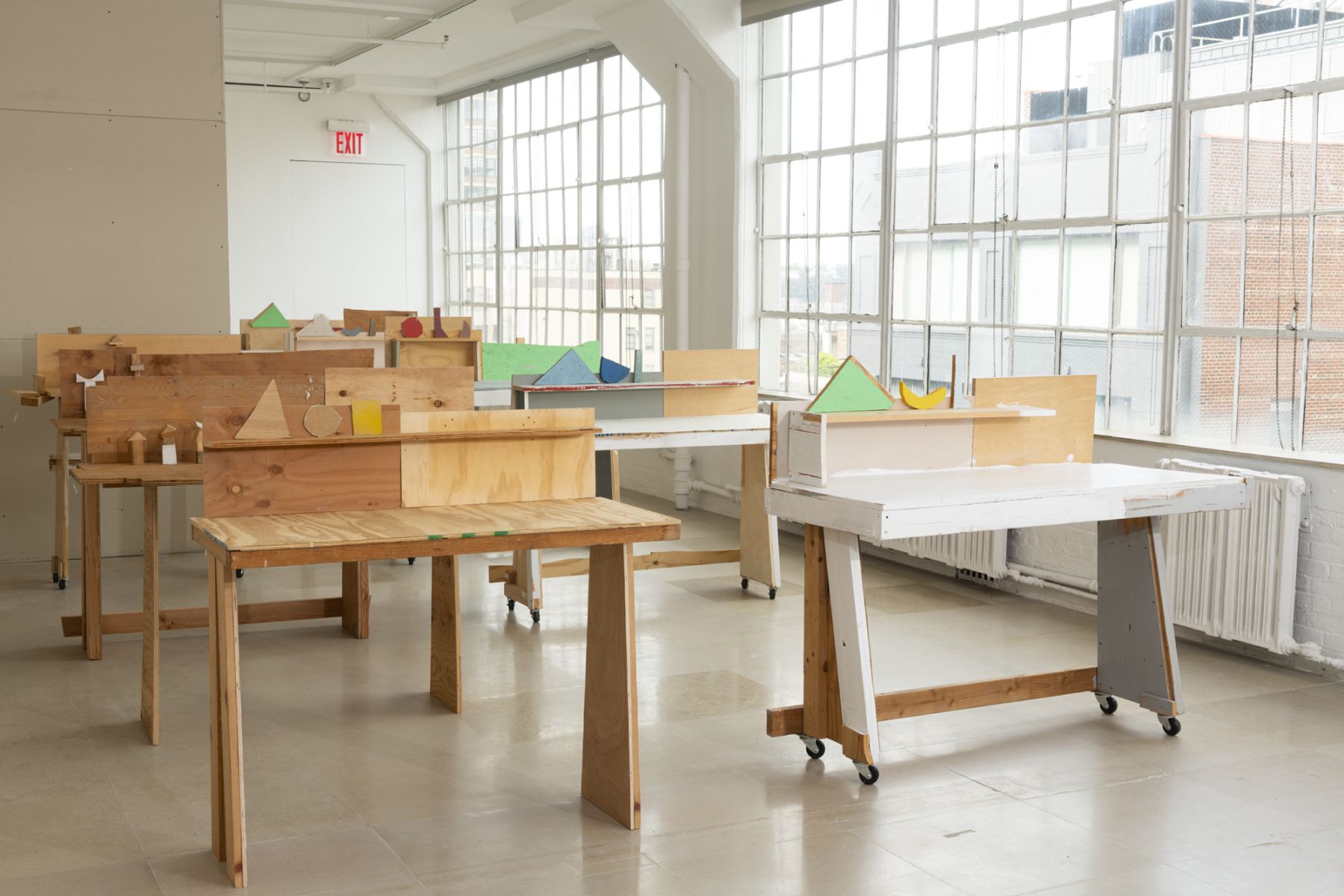 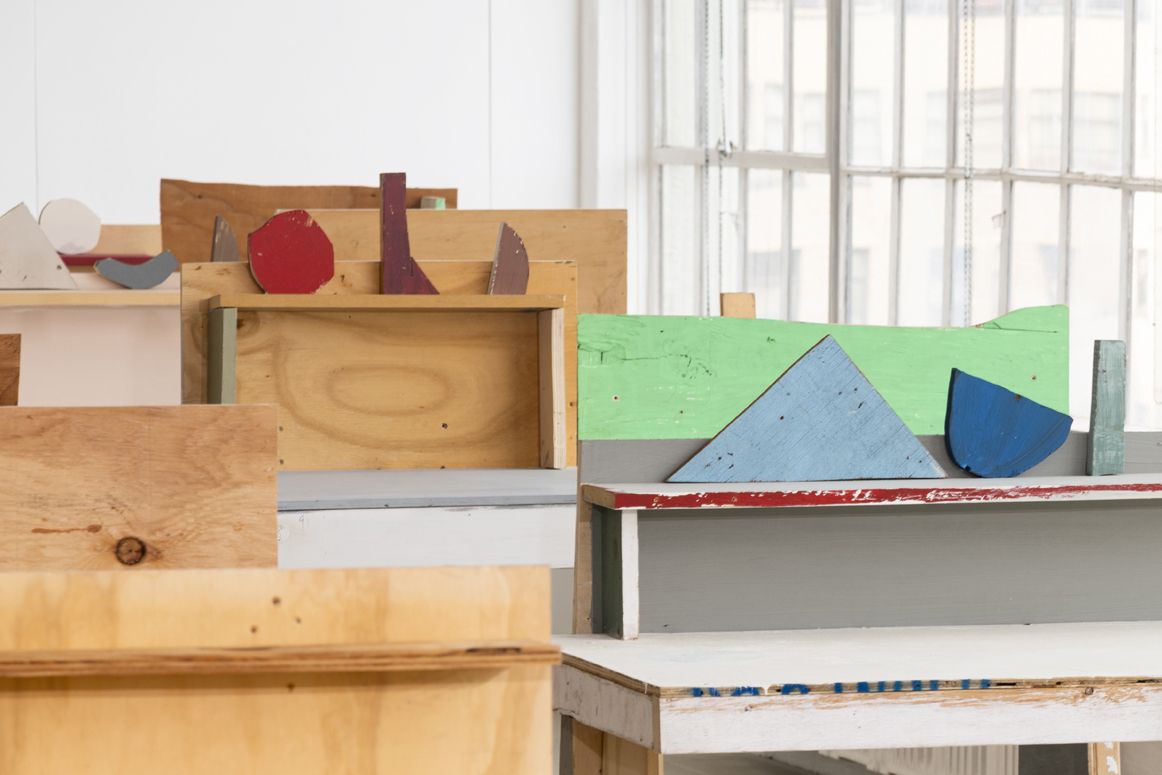 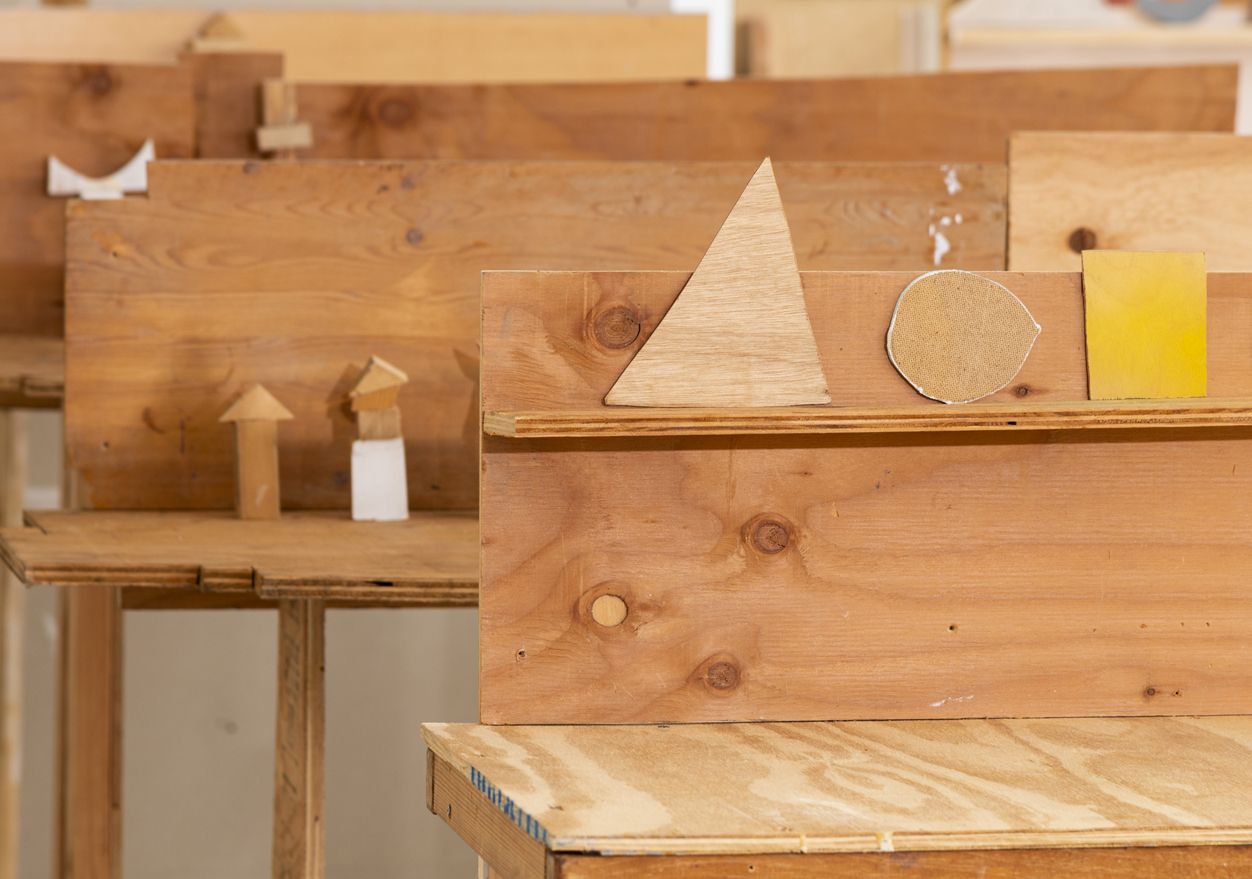 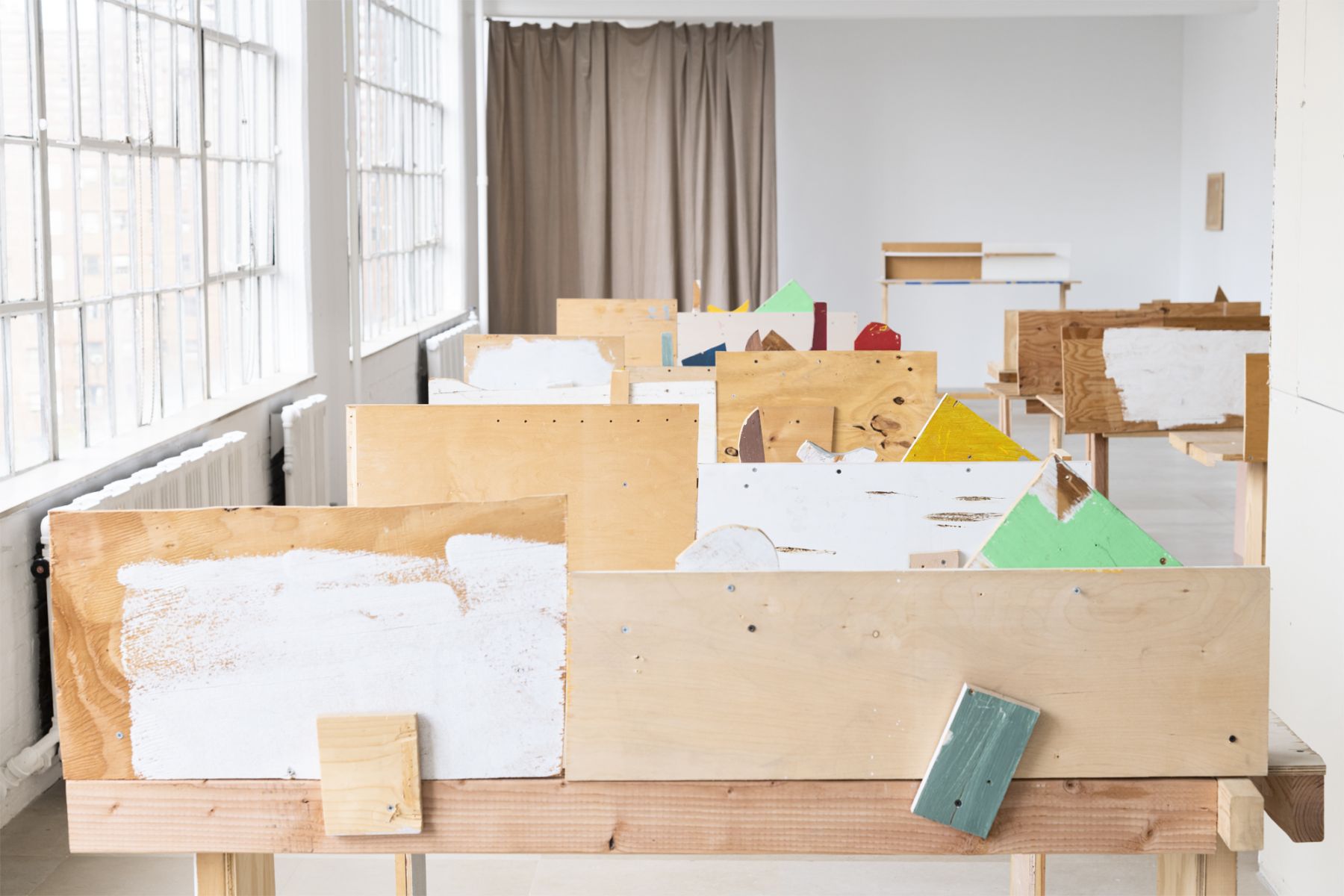 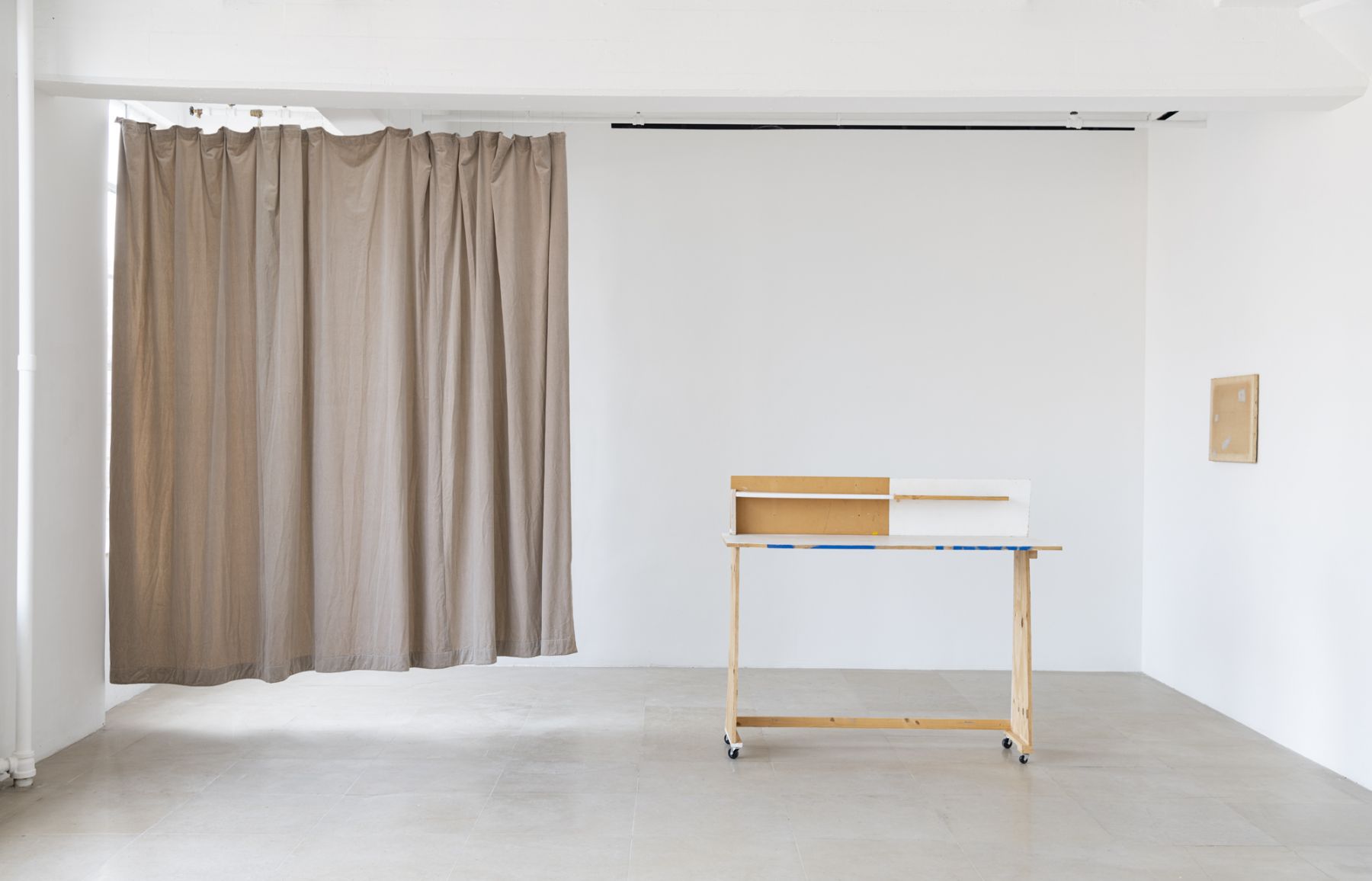 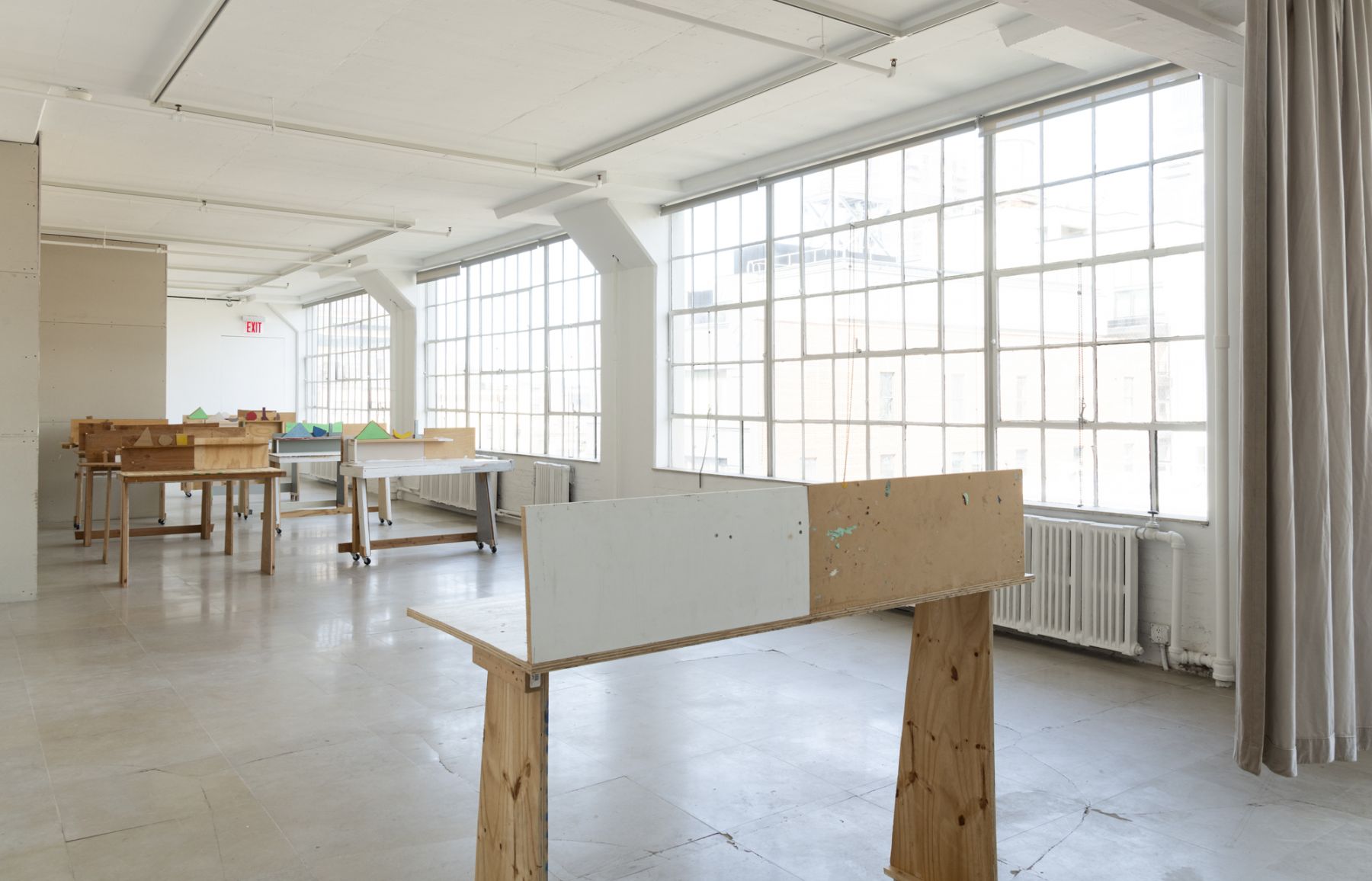