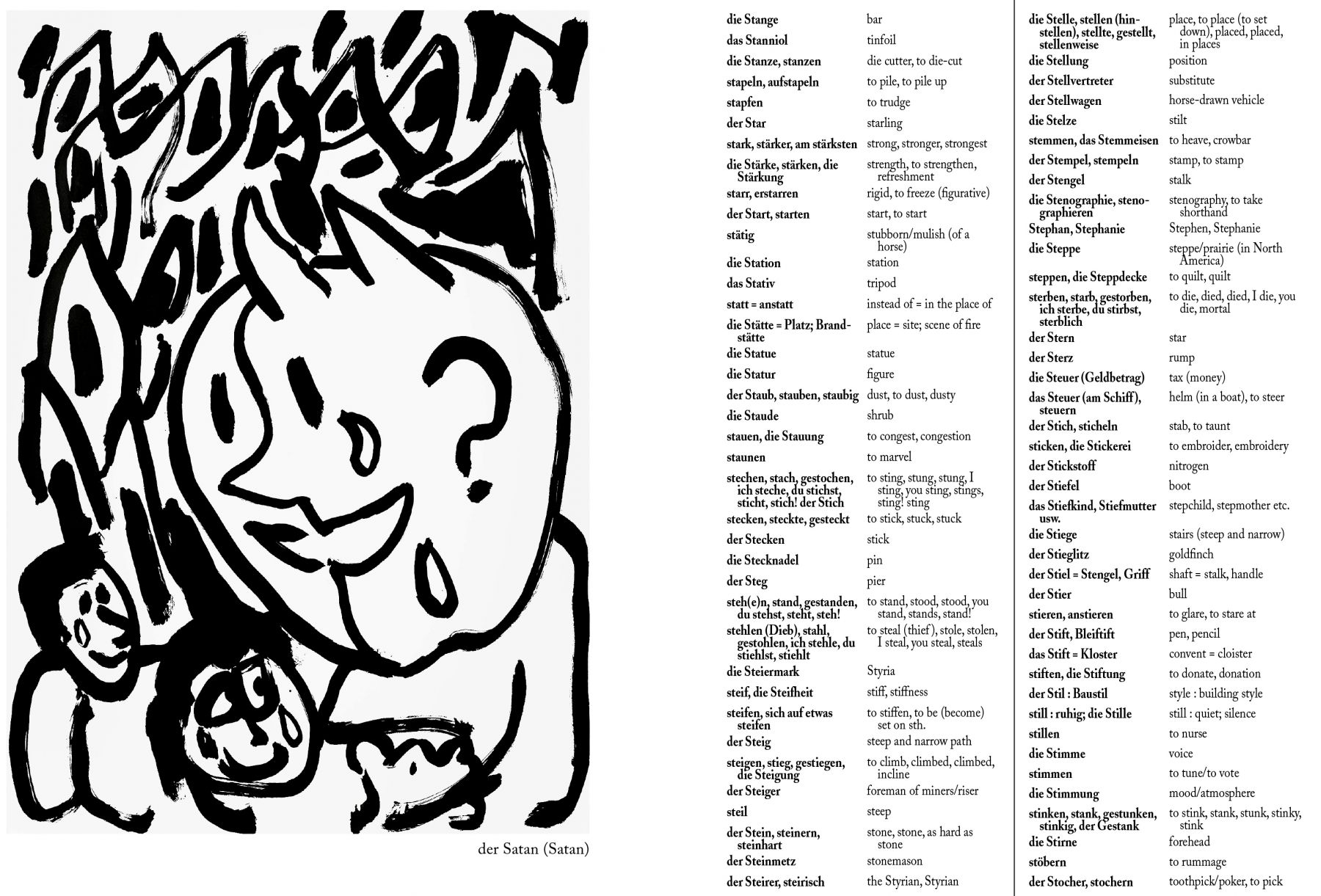 Detail from Word Book by Ludwig Wittgenstein. Edited and with artwork by Paul Chan.

Greene Naftali is pleased to present thirteen new ink drawings by Paul Chan, created to accompany his upcoming publication Word Book. These drawings, inspired by terms in Word Book, are done by what Chan calls the "left-handed path." They were composed with Chan's non-dominant hand (in his case, the left hand). The concept of the "left-handed path" is synonymous with alternative forms of belief, such as witchcraft and "black" magic. According to Chan, drawing with his left hand raises different stakes about what matters on paper. 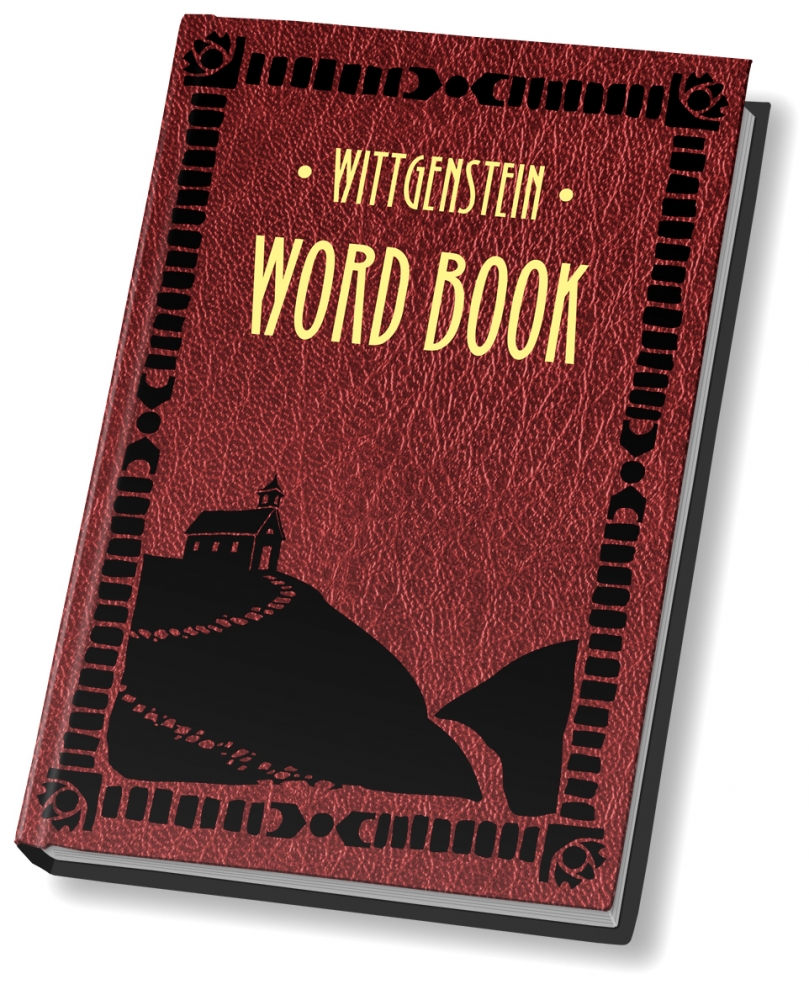 In 1925, Ludwig Wittgenstein, arguably one of the most influential philosophers in the 20th century, wrote Wörterbuch für Volksschulen (or Dictionary for Elementary Schools), a book to help children with spelling. Wittgenstein began teaching kids in rural Austria in 1920 after abandoning his life and work at the University of Cambridge. Dictionaries at the time were either too expensive or badly edited. So Wittgenstein wrote one for his poor young students. Word Book is the first ever English translation of Wörterbuch. Utterly singular and surprising, Word Book consists of words and concepts chosen by Wittgenstein as part of his curriculum. But it is also a revealing document of Wittgenstein’s own mind changing as a result of teaching and being with children. Word Book testifies to one of the greatest philosophers radically rethinking his own cherished ideas about art, culture, language and meaning, and in the process reinventing himself and his philosophy for new generations of students to come. Word Book is translated by acclaimed writer and art historian Bettina Funcke, with award winning literary translator Catherine Schelbert, and includes a critical introduction by Wittgenstein scholar Désirée Weber, and new artwork by artist Paul Chan.
Considered by some to be the greatest philosopher of the 20th century, Ludwig Wittgenstein played a central, if controversial, role in 20th-century analytic philosophy. He continues to influence current philosophical thought in topics as diverse as logic and language, perception and intention, ethics and religion, aesthetics and culture. It is commonly acknowledged that the early Wittgenstein is epitomized in his book Tractatus Logico-Philosophicus. By showing the application of modern logic to metaphysics, via language, he provided new insights into the relations between world, thought and language and thereby into the nature of philosophy. It is the later Wittgenstein, mostly recognized in Philosophical Investigations, who took the more revolutionary step in critiquing all of traditional philosophy, including his own early work.